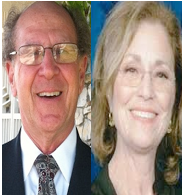 LA NEIGHBORHOODS - In my last article it was mentioned that the Board of Neighborhood Commissioners (affectionately known as BONC) had handed the Neighborhood Council (NC) Planning Committee a list of items they wanted to change, discard or modify with regard to only rules and regulations - and that it was a wasted opportunity to do some “grand vision” planning for the next decade on behalf of the NC’s.

Before I criticized BONC out of hand I needed to see what their structure was all about. Here it is:

The Board is comprised of 7 Commissioners appointed by the Mayor and confirmed by the City Council to 5-year terms. The Commissioners are all from diverse backgrounds and geographic areas of the City of Los Angeles. The Board holds regular public meetings the 1st Tuesday and 3rd Monday of each month and may also hold special meetings to conduct business.

In order to learn how they came up with “The Plan” I reviewed the minutes for the last year. It was better than a hot glass of milk for sleep inducement! Since the initial formation five members was expanded to seven. However, the majority of meetings since late 2012 through June of 2013 have never had more than four or (occasionally) five commissioners present.

Basically four people made decisions for the 1,700 plus NC Board members in a City of over four and half million residents. It is surprising that they were able to accomplish what they did operating under such a dysfunctional structure.

The BONC minutes reflected comments from the Public, but none contained comments or the thinking of the Board. Only action items, which usually passed unanimously, were briefly mentioned. One cannot tell whether there was any actual discussion on items or if it was merely rubber-stamping. I bring up “rubber stamping” because according to the City Charter the Mayor selects the Commissioners. He also strongly suggests whom he thinks should be nominated for President and Vice-President.

It seems that our prior Mayor was not that excited about the NC’s since his Deputy Mayor, Larry Frank, wanted to eliminate the Department of Neighborhood Empowerment, make it more of a social service agency, and merge it into another department.  The absentee commissioners were not from the neighborhood council world and either never showed up or tried to resign.  Obviously, the previous Mayor was not very selective in his choices with a few exceptions.

For various reasons the current BONC has been reduced to two members; Linda Lucks from Venice and Vice-President Len Shaffer, representing the South Valley.  We can hope that our new Mayor will be more thoughtful about the selection process.  It should also be speeded up since two members do not represent a quorum.  Some of our NC historians explained that in the beginning there was only one Neighborhood Council Commissioner.   City Hall felt that those from the non-profit /non-NC world would bring a different perspective.  It resulted in most of the non- neighborhood council members having little interest.

In case I am losing your interest….BONC has no real power and limited clout.  The Department of Neighborhood Empowerment, under the direction of “Super Woman,” General Manager Grayce Liu has the control and the power.  We are fortunate now because Grayce and her outstanding team have injected enthusiasm, creativity and discipline into Empower LA. The Agency previously was referred to as “DONE” and for several years the name fit perfectly.

Grayce is “Super Woman” because she shows up for all meetings and events with a smile. Her team returns phone calls and emails immediately. Field officers show up for NC Meetings.   The best part is they all look like they are enjoying their jobs.  They are trying to make the financial process easier since most NC treasurers are not CPA’s.  The Los Angeles and Valley Neighborhood Alliances (LANCC AND VANC) as well as the other Neighborhood Alliances have sent letters to Mayor Garcetti urging him to re-appoint Grayce Liu as General Manager.  It is both high praise and unusual for an LA City Official to garner such wide spread support.

The question now is what are we going to do about BONC?  I have talked to both Commissioners and other activists who have decidedly different views.  Since I have taken on the task for “covering” the neighborhood council system for CityWatch I think it is important to get both insight and garner suggestions as to how to make this “exercise in democracy” Neighborhood Council system relate to the changing times and neighborhoods.

My concern is for the future.  What happens when instead of Grayce Liu,   LA Empower ends up with a tired bureaucrat as General Manager? Why does the San Fernando Valley, which is as large as the City of Chicago, have only two BONC representatives?  Should the NC’s give the Mayor suggestions as to who they think would be good commissioners and… will he listen?

Should BONC be reduced to a purely advisory body or should it seek to maximize its mandate under the law?   Right now it does neither.

In the next couple of articles we’ll look at various opinions and suggestions.  Since we don’t have any “points of order” or amendments, Brown Act or Roberts Rules of Order in these articles, here is a chance to give your opinion without the two- minute limit.  Please be constructive.  We are all trying to make a good thing better.

(Denyse Selesnick is 2nd Vice-president and Outreach Chair for the Tarzana Neighborhood Council and a contributor to CityWatch.  She can be reached at:  [email protected])