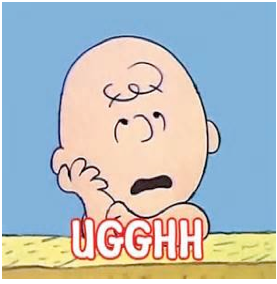 LA’S NEIGHBORHOODS - In my last CityWatch article, I mentioned I was eagerly awaiting the meeting of the joint Neighborhood Council planning groups who had been meeting since January.

They planned to consolidate their results for the future of the Neighborhood Council System (NC’s).

The three and a half hour meeting only got through part of the agenda.  It felt like an eternity and was a huge disappointment. The majority of the meeting was spent on procedural and policy matters. There was no big vision….no creative ideas… just long and longer-winded discussions.

There was some competition between the three regional groups as to whose amendments should be accepted, and more amendments to amendments than I’ve ever seen.

There were also many points of order. Several in attendance gloried in displaying their knowledge of Roberts Rules of Order (or is it “Rosenberg’s Rules of Order”?). I asked someone what the difference was between the two “rules of order” and they said Roberts was 400 pages and Rosenberg’s is three.

Frankly I was ready to come home and write about what a waste of time it was involving some really smart people who spent many hours hashing out rules instead of producing something of substance. Then I read the mandate and discovered that the NC Planning Group was not really given anything other than procedures----no call for content.

The six-month planning groups were given their work plan by the Board of Neighborhood Commissioners (BONC).  In doing some digging I discovered that there was disagreement by the NC founders as to whether a BONC was necessary.  It is similar to some religious organizations.  The parishioners talk to the Clerics and the Clerics talk to God.  Over a decade later does BONC really serve an important purpose or should its mandate be enlarged?  This is a subject for another article.

The work plan given to the three geographical groups by BONC is stated below:

So that’s why the majority of items at the meeting were procedural. Admittedly changing the definition and name of a “factual based stake holder” and fine-tuning rules for certification AND decertification are necessary. Certain procedures needed to be either expanded or simplified.

There was no call for a “grand vision.” There is a new team at City Hall looking at new ways to accomplish making LA an even greater City.   It seems a missed opportunity to amass all of this volunteer brainpower just to come up with a few important but not earth shaking procedures. Since changes are being made to procedures, which must have approval of the City Council, why can’t we also give vision to a larger and more influential Neighborhood Council platform?

The final report was supposed to be presented to the City Council this month. It has been postponed 60 days to give the individual 95 NC’s a chance to review and confirm their approval.  It will probably pass with few if any changes.

In a previous article, I said it was ridiculous that no NC member was appointed to the LA Plan 20/20 committee, chaired by influential businessman Mickey Cantor. A reader pointed out that if the NC’s really do represent the over four million Angeleno’s, why don’t they come up with their own LA 20/20 Plan? Interesting question, no? The Budget Advocates have attempted to do this for the City’s financial health with minor success.  But each year they can build on it and eventually have more input.

The original set-up for the NC’s was not to encompass grand visions but to have an orderly system where stakeholders could make their opinions known and the NC’s would bring these items to the agencies in charge and vice-versa. Times have changed.  We are living in a very different world today. Why couldn’t the NC’s use this as an opportunity to enlarge their horizons and play a more productive and influential role in the running of the City? Do we have to wait another decade to get started on enlarging our horizons to include a broader interpretation of engaging our stakeholders and bringing local government to our communities?

Rather than “Fighting City Hall” wouldn’t be great to partner with City Hall?

(Denyse Selesnick is 2nd Vice-President and Outreach Chair for the Tarzana Neighborhood Council and was awarded “local hero” status by “Empower LA” last year.  She is a CityWatch contributor. You can reach her at [email protected])