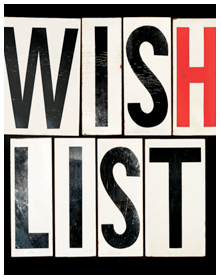 Environmental and Quality of Life for the Westside, and for those of us who still believe in Neighborhood Councils and a grassroots/democratic Rule of Law, this ongoing Casden Sepulveda saga can be summarized in two words:  "I wish..."

I wish that Metro and the City of LA knew who they were dealing with when they granted Alan Casden, one of the most frighteningly connected and corrupt developers in Southern California history, all sorts of special deals to create a large and vital transit-oriented development at the key future Expo Line station at Exposition/Sepulveda, replete with wonderful transportation mitigations to serve the Westside, South Bay and San Fernando Valley.

I wish that Metro and the LADOT and other county, state and federal agencies had had the courage to cry foul when there were no guaranteed or defined transportation mitigations for the Casden Sepulveda project whatsoever, and instead were forced by our political electeds into silence while the project's lobbyists/advocates (including former governor and current political lobbyist Gray Davis) sang the praises of nebulous transit/transportation benefits that have never, and will never, exist.

I wish that Mayor Antonio Villaraigosa had focused less on money and fine dining/wining/lobbying being waved under his nose and more on having his Planning, LADOT and Metro contacts come up with a specific list of REQUIRED transportation mitigations (not just recommendations) to ensure a wonderful project at Pico/Exposition/Sepulveda instead of a potential freeway-air-corrupted slum next to the 405 Freeway with virtually no guaranteed transportation benefits whatsoever.

I wish that the Expo Line advocates, the Sierra Club, and the Neighborhood Councils who are fighting the Casden Sepulveda Project as currently stated (and they're from the very liberal to the very conservative), were treated with respect rather than lower life forms, NIMBY's and racists by Planning and the City Planning Commission.

I wish that certain members of the City Council (and they know who they are) had more respect for the rule of law, for grassroots interventions, for the environment and for a Westside that has reached out to all other regions of the City, and to all socioeconomic, geographic and ethnic groups within the City and County of LA by advocating for an Expo Line and a Measure R to fund transportation access throughout the region.

I wish that the City of LA really "got it" with respect to CEQA, environmental and Brown Act rules instead of vigorously proceeding with Environmental Rape against the wishes of some of the most progressive and environmentally-aware individuals and groups in our City's history.

I wish that that the City Council and Mayor of LA recognized that "jobs, jobs, jobs" lead to "lawsuits, lawsuits, lawsuits" and "delays, delays, delays" when an unholy alliance of trade unions, developers and chambers of commerce pursue illegal and environmentally-unsustainable megaprojects (from LAX to the Westside to the Hollywood Millennium Project)  that no reasonable person could support.

I wish that inappropriate Planning and approval of environmentally-unsustainable projects and policies didn't exist, and that we could all work together on taxation/building policies instead of being forced to fight every proposed new policy change and tax out of fear that it would hurt, not help, the lives of our families and our children.

I wish that the City of LA would look at other cities that would never do what it does, and have a power-mad Planning Department that could be limit-set by Building and Safety, the LADOT and/or other engineers that understand that math and physics are not politically-changeable, and are iron-clad in their principles.

I wish that Mayor Antonio Villaraigosa and the City Council, who are all congratulating themselves on "jobs well done" inside their little bubble/universe, had chosen to pursue a more honorable and credible course of action with respect to the City Budget, Planning and Future of the City of Los Angeles.

And I am hoping against hope that the new Mayor and City Council can make some of these aforementioned wishes come true during their own terms of office.

(Ken Alpern is a Westside Village Zone Director and Boardmember of the Mar Vista Community Council (MVCC), previously co-chaired its Planning and Outreach Committees, and currently is Co-Chair of its MVCC Transportation/Infrastructure Committee. He is co-chair of the CD11 Transportation Advisory Committee and chairs the nonprofit Transit Coalition, and can be reached at Alpern@MarVista.org  He also co-chairs the grassroots Friends of the Green Line at www.fogl.us. The views expressed in this article are solely those of Mr. Alpern.