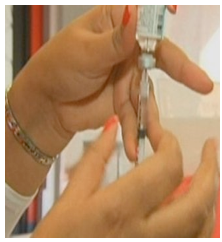 LA WATCHDOG - As a result of an increasingly nasty dispute with the County of Los Angeles Department of Public Health, the AIDS Healthcare Foundation has collected a sufficient number of signatures to qualify its “City of Los Angeles Public Health Protection Act” (the “Initiative”) for the ballot in June of 2014.

If passed by a majority of the voters, the act would require the City to establish its own Public Health Department within 120 days after the ordinance is enacted.  At the same time, the City would be prohibited from working with the County in enforcing public health laws.

The proposal for the City to create its own Public Health Department does not make any sense as it would be a managerial, operational, financial, and public health disaster.

For openers, the City does not have the managerial or organizational capability to operate a highly complex organization, especially one that is a startup and that is subject to the constant interference by all the organizational geniuses and healthcare experts that occupy City Hall.

Hell, the City cannot even manage a parking garage.

Furthermore, the new Public Health Department would be a massive drain on the City’s already perilous finances.  Miguel Santana, the City Administrative Officer, estimated that the minimum hit would be $261 million, an amount that he implies in dramatically understated.

The net result: if passed, the City would be declared a public health disaster area.

So our only alternative is to vote NO on the Initiative and rely on the County which provides more than adequate results.

However, the political implications of AHF’s Initiative are very interesting.

In a little over two months, AHF and its dedicated members collected almost 70,000 signatures, which, after sampling, was more than enough to meet the threshold of 41,138 valid signatures, an amount equal to 15% of all the votes cast in the 2009 mayoral election (275,000) when 17% of the electorate voted.

Today, 61,500 valid signatures would be required based on 410,000 voters in the recent May election, representing 23% of the electorate.

The collection of a sufficient number of signatures requires the City to place the Initiative on the June 3, 2014 Statewide Primary Election at a cost of $4.6 million.  Alternatively, and highly unlikely given the disastrous consequences of this Initiative, the City could adopt the proposed ordinance without alteration.

Over the past year, three initiatives have qualified for the ballot, including two related to marijuana that forced the City Council to construct its own ballot measure.

Earlier this year, Mayor Riordan’s plan to reform the City’s seriously underfunded pension plans by amending the City Charter.  This would have required over 250,000 signatures, a very difficult task, especially in the face of strong opposition by the leadership of the City’s unions.  However, would he have been able to achieve similar results through an initiative placed on the ballot?

So stay tuned.  We have not heard the last of the Initiative nor have we heard the last about the initiative process that will allow voters to bypass the City Council and the campaign funding union bosses.

This ordinance shall be known and may be cited as the “City of Los Angeles Public Health Protection Act.”

The people of the City of Los Angeles hereby find and declare all of the following:

(a) The promotion and protection of public health is one of the highest duties of government;

(b) Despite this importance, the City of Los Angeles does not have its own ability to promote and protect the public health of its citizens. Instead, it currently contracts out this responsibility to the County of Los Angeles;

(d) This arrangement has also resulted in failures to prioritize the healthcare needs of the residents of the City of Los Angeles, to their detriment.

Section 31.10 is hereby added to the City of Los Angeles Public Health Code to read as follows:

(a) The people of the City of Los Angeles wishing to place the highest priority on the protection of the public's health have voted to re-establish an independent city health department. Since 1964, the City of Los Angeles has contracted with Los Angeles County for health services despite the fact that the largest share of funding for health services flowing from state and federal sources is directed at City residents. As such, City resources are going to subsidize wealthier cities (per capita) with much smaller populations of needy people. Three cities in Los Angeles County – Long Beach, Pasadena and Vernon - have retained their own health departments which are better able to address the needs of these individual cities.

(c) All costs for the establishment of the Department shall be derived from current fees collected and paid to Los Angeles County as a result of its activities to enforce public health laws in the City of Los Angeles.

(d) Future revenue for the Department shall be generated from the collection of all fees, including, license, permit, and/or certification fees generated by the enforcement of the Public Health Code.

(e) The Department shall be established within 120 days after this ordinance is enacted.