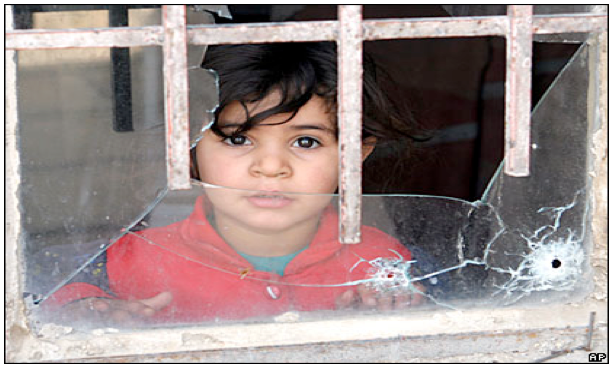 GUEST WORDS - We can end war.

Please, before you read on, let those four words float in silence for half a minute, until you actually hear them — until they come alive with meaning as insistent as a hatching egg. War is not inevitable, no matter how cluelessly enthusiastic the media may be to promote it, no matter how thoroughly it runs the global economy and dominates almost every government.

We can shut down this system of self-perpetuating violence and geopolitical chicken. We can dismantle the glory machine and redefine patriotism. We can curtail the most toxic enterprise on the planet. We can end war.

Oh, the audacity to say such a thing! Yet it amounts to no more than saying: We can evolve, individually and collectively. We can bring wisdom to conflict. We can reclaim the institutions that run our lives. We can look into the eyes of children, those we know and those we don’t know, and vow to protect them. We can start caring again about future generations and bring their well-being into our thoughts and plans.

I’ve been struggling most of my life to believe this and I know I cannot possibly believe it on my own. I’m thinking again of the lead-up to the U.S. invasion of Iraq in 2003 and the global cry of “No!” that preceded it: the largest such cry in human history, millions of people around the world protesting the manmade hell that was coming. Then the invasion happened anyway. And the protests, rather than building in intensity, more or less disappeared.

One memory I have — an infinitesimal footnote, shortly after the shock-and-awe bombing campaign began — was walking the half mile from my house to a park on Lake Michigan, where there was supposed to be a rally. It was dusk and cold; there was a slight drizzle. The waves rolling into shore were enormous. The beach was empty. There was no rally. I felt such piercing hopelessness and defeat. The collective will of the antiwar movement had seemingly dissipated. All we had was shock and awe.

The first prerequisite for ending war, Judith Hand, an evolutionary biologist, writes in a proposal called “Moving From a Culture of Violence to a Culture of Nonviolence: A Proposed Plan of Action To Shape History,” which she shared with me recently, is: the deeply held belief that achieving such a goal is possible, along with a plan of action.

I wrote a column two weeks ago about Hand’s ideas, which can be found in detail on her website, A Future Without War.

First among much else, she makes a compelling case for the rationality of believing that ending war is possible, and I agree with her: This is the starting point.

Paradoxically, not believing it — even if you oppose war bitterly — may be the prime cause of its perpetuation.

This reality is manifested for me in the way the mainstream media, with zero awareness, will speculate glibly about the nature of the “next war,” not knowing when or why or with whom it will occur, but certain that our multi-trillion-dollar weapons cache will be tapped again at some point in the not-so-distant future, because evil is out there beyond our borders: North Korea, Iran, Syria, Libya, Venezuela . . .

We can end war.

“How can we mount such a herculean effort?” Hand asks. “What follows is a speculative ‘how to’ for igniting a revolution. It is based on our shared concern for all children. To achieve our goal, a paradigm of our dominant cultures must change, viz. that war is inevitable, that dominating others using violence is part of our biology, and the best we can do is manage our inescapable wars to limit their damage. This untrue belief is the single biggest barrier to ending war.

“If we don’t believe ending war is possible, then we won’t expend the time, energy, and creativity to fashion a future without war.”

But now, as never before, it is time to embrace this possibility. “To date nonviolence movements were ‘before their time,’” she writes on her website. “Now they are poised to change history.”

This, she added in an email to me, is because of two key factors: “. . . we now have a great many powerful and influential women who can be partners with men in such a movement and this will be an important change in the ‘chemistry’ of an ending-war movement, and also (because) the global community has reached a critical mass of people who see war as insane, a barbaric practice rather than an honorable endeavor.”

Hand’s website and Proposed Plan of Action go into minute, pragmatic detail about taking advantage of this critical mass and organizing a global movement to shut down the war machine. To summarize broadly, what we need to do is unify the enormous global effort now underway to bring positive change to human society by creating an umbrella entity specifically focused on ending war.

Organizations pursuing environmental justice, prison reform, nonviolent conflict resolution and thousands of other crucial causes could become stakeholders in such a unifying organization, giving credibility and power to its focused effort to challenge and dismantle war efforts around the planet.

“The good news,” she writes, “is that our basic biology also indicates that the means to unite vast numbers of people across boundaries of religion, nationality, politics and race is to build a movement on a shared universal. What better universal than the biologically based love that all people have for not only their children, but all children!”

She proposes a name for such an organization: For All Children Everywhere, or FACE. I told her: Count me in. I keep seeing the faces of children. They’re counting on us.

(Robert Koehler is an award-winning, Chicago-based journalist and nationally syndicated writer. His new book, Courage Grows Strong at the Wound is now available. Contact him at koehlercw@gmail.com or visit his website at commonwonders.com.  This piece was posted first at CommonDreams.org)