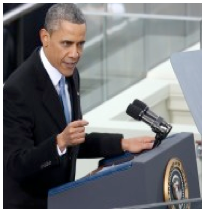 It was more than a year ago, in April 2012, that leaders from some of the nation’s largest LGBT-rights organizations sat down for a meeting at the White House. In attendance was White House senior adviser Valerie Jarrett, who told them that President Barack Obama would not sign an executive order prohibiting federal contractors from LGBT workplace discrimination

The news was a major and unexpected blow that came after weeks of speculation that the president would make good on his 2008 campaign promise to sign such an executive order, which would protect about 20 percent of the civilian workforce.

Among the consolations made to advocates in the room that day was news that a study would be conducted on LGBT workplace discrimination, possibly led by the Council of Economic Advisors, and released with the White House’s seal of approval. Advocates insisted the study was unnecessary and that plenty of data already existed. Winnie Stachelberg, executive vice president for external affairs at the Center for American Progress, was among those in the meeting and described announcement of the study as “confounding and disappointing.”

Never mind the fact–as underscored by HRC Vice President Fred Sainz in an email to Snow–that there was plenty of data on the issue and that further research was seen by LGBT advocates as unnecessary.

But as Snow points out, there has been no news from the White House on any such study, nor any course of action on the Employment Non-Discrimination Act, which would prohibit companies from firing employees on the basis of their sexual orientation or gender identity, nor the issuing of an executive order banning such discrimination amongst federal contractors.  At yesterday’s White House press briefing, press secretary Jay Carney responded to a Metro Weekly question on ENDA with, “I don’t have any updated status on that for you.”

There’s something remarkable about the fact that President Obama–and the Democratic Party at large–have so thoroughly rallied to the cause of marriage equality, an issue on which public opinion is shifting rapidly in favor but which remains an issue of marked contention amongst the American people.

Employment discrimination provisions, on the other hand, enjoy overwhelming public support (favored by more than 70 percent of Americans), yet the president and other politicians have seemed to drag their feet on the issue.  What makes this even more remarkable is the fact that ENDA has already been considered by the House and failed by a single vote, 49-50, in 1996–17 years ago!

Of course, it is possible (and likely) that the president and his allies are waiting until the Supreme Court acts on DOMA and Prop 8 to decide how to proceed with ENDA.  Although the two issues are substantially unrelated, the Court’s decisions on marriage equality later this month are undoubtedly going to be huge news that will dominate the media’s coverage of LGBT rights for a while.  It may be advisable to hold off an ENDA EO until after the decisions in order to maximize the political significance of the move.

Still, the end goal remains a legislative ENDA that would protect all workers, not just those who work for federal contractors.  Sen. Tom Harkin of Iowa, who chairs the Senate Health, Education, Labor and Pensions Committee, is planning on holding a markup of ENDA this summer, and the chances for a full Senate vote look good for later this year.  But while the timing of these events remains murky, the White House’s position does not have to be.

Once the Supreme Court has issued its rulings, the White House should announce clearly and specifically how it plans to make ENDA law.

(Jacob Combs writes at prop8trialtracker.com where this report was first posted.)