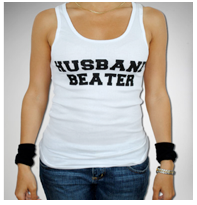 SOCIAL CRITIC - Love it or hate it, the U.S. is a free market economy.

As such, people can start almost any business they want. While in many ways that is a beautiful thing—it allows for creativity and ingenuity, and it spurs motivated individuals to take risks that may turn into something really exciting and potentially beneficial, not just individually but for society at large– this same free market economy allows people to start businesses that do absolutely no social good and are, in some cases, absolutely despicable.

Here I discuss a few of the examples that have made my blood boil. Sadly, they are far from the exception. Surely others can identify examples of their own that should simply never have gone to market. Not because the government should censor or prohibit them, but rather because no individual should ever dream up such disgusting, inhumane ways of making a profit—and no one should support such poor ideas by buying them.

Walking in my local mall recently, I meandered past a Spencers store. My stomach turned as I saw the white tank top hanging prominently in the store front, proudly depicting “husband beater” on its front. As if it is somehow OK to beat people, in particular the people you are supposed to love. And the racism of that snarky but not really at all clever retort to “wife beaters” is far from subtle. Certainly this is not the only problematic shirt marketed at Spencers. For instance, they have sold another shirt that says “Stop Being Difficult and Take It In the A__.” A lack of class is the company’s least worry.

Then there’s this little nugget of nastiness: Zombie Industries, a vendor at the recent 2013 National Rifle Association (NRA) convention, not only makes a Barack Obama target for shooting practice but sells a big-breasted “ex-girlfriend” dummy that bleeds when shot. Great. Why not glorify the shooting of former partners? It’s not like we lose as many people to domestic violence every 18 months as we lost in the 9/11 attacks. Oh wait, yes it is. Domestic violence: Not really a comical matter.

The Huffington Post reported in May 2013 this beauty: A birthday card featuring a cartoonish-Hijab-wearing Muslim girl, smiling while she issues the following messages: “She’ll love you to death! ”and “She’ll blow your brains out!” Inside, the card says “Hope your birthday is a blow out!” ” Words cannot describe the damage that is done when this type of messaging reaches the masses, confirming, for many, the notion that every Muslim is a potential terrorist.

Sometimes it is not the company promoting the obnoxious advertisements but rather social media run amok. Dove Cosmetics, for instance, was outraged to find that a Facebook page called “drop-kicking sluts in the teeth” featured Dove cosmetics. Dove complained to Facebook and the page was removed, but the fact that it ever appeared is clearly problematic.

So, what to do? I am a fan of free speech and do not want to get into the business of censorship. But these examples certainly prompt the question: Why? Why do people want to start a business that capitalizes on violence, abuse, racism, bigotry and misogyny? The answer, of course, is that is it profitable.

So, how do we decrease that incentive? We? Yes, we, as in, all of us. First and foremost, we stop consuming such products. No need for censorship. No need for anything really challenging at all; we simply buy our stuff from other providers. While that is far from a complete solution, the message will be sent: There is no market for your garbage-product. Create something that is not violent or misogynistic and you will profit. Do so at your own peril.

I implore readers to be inspired to let these companies know that what they are doing is unacceptable. It is the least we can do to stop the glorification, and therefore support of, violent practices that we profess to abhor. Let them know why you no longer purchase their brand—if enough of us do so, we can help change this culture.

(Laura Finley, Ph.D., teaches in the Barry University Department of Sociology & Criminology and is made available to CityWatch by PeaceVoice.)