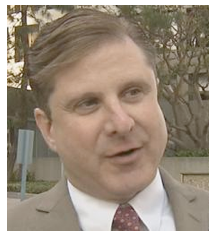 ELECTION PERSPECTIVE - Although polls for national races tend to be highly predictive, I do not necessarily buy into local polls.

Therefore, the most recent USC/Los Angeles Times Poll, showing Garcetti with a 10 point lead and Zine with a 12 point lead over their opponents, has to be taken with a grain of salt.

In an environment of diminishing voter turnout, the races could be decided by what side of the bed potential voters arise from. Simple distractions could determine if a registered voter casts a ballot, perhaps a bad day at the office or an argument with a significant other might be enough for someone to skip the process.

Having said that, the projected margin in the mayoral contest might represent a more plausible result than the one for city controller. The undecided category is only 10% for mayor, but a whopping 44% for controller.

I’m not surprised that the controller’s race has a higher proportion of undecided. The office is the least publicized of all up for grabs and, quite frankly, I believe is the least understood as far as the role it should play in the management of the city.

The city controller’s office has never lived up to its potential as a watchdog. Even Laura Chick, who actually did raise the bar of citizen awareness, did not follow through on glaring deficiencies in City Hall transparency. She had Mayor Villaraigosa on the ropes for his lies about using the trash fee hike to increase the LAPD to 10,000, then quickly pulled her punch and let the issue fall off the radar.

Wendy Greuel has used the office for camera time by reading press releases, but never following up. As a result, few of her claims of finding waste, fraud and abuse can be substantiated.

I doubt if many voters know what audits should cover, or how they should be prioritized. It is easy to list a finding; it’s another thing to determine the cost vs. benefits of implementing changes, or if there are appropriate resources to manage them if they are.

Dennis Zine, who leads Ron Galperin in the poll, only knows the status quo. He has never made anything resembling a significant contribution to the management of the city. He, as Greuel, is a friend of the public unions. In other words, he will not be an agent of change in the interests of efficient governance.

Ron Galperin, on the other hand, undertook an independent analysis of efficiency. He was not tied to major interests groups that would have skewed his findings.

I met with Ron one-on-one about two years ago in Century City. It was at a time when I was considering making a run for city controller. I was impressed enough by his knowledge and determination to feel 100% comfortable with staying out of the race. I knew that he would offer the voters an alternative to the consummate insider Zine.

So, to the 44% sitting on the fence, I urge you to vote for Ron Galperin. He is the firewall we need in the city controller’s office; not the wallpaper Zine represents.