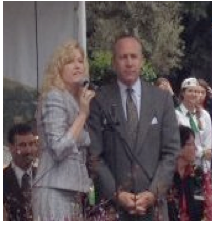 CALWATCHDOG - On Friday the 5th, my CalWatchDog colleague Katy Grimes and I first broke the story that at least two legislators traveled to Cuba with Darius Anderson, one of Sacramento’s most influential lobbyists.

We contacted every member of the state Senate to track down any other participants. We’ve been working our way through the State Assembly, but have only received sporadic responses from legislative offices. Now, we know why.

Thanks to outstanding work by the San Luis Obispo Tribune, Asm. Achadjian’s hometown paper, we now know that eight legislators participated in the secret trip to Cuba.  In defense of his trip to a foreign country with a registered lobbyist, Achadjian said, “It is also important to note that the delegation included seven other members of the Legislature, nonprofit staff, as well as other business leaders.”

Another mystery: the LA Times and Sacramento Bee both reported on the fifteen legislators participating in the trips to Taiwan and Poland. Yet, not a single member of the Capitol press has written a word about the trip to Cuba, which involved eight legislators traveling with the state’s “best-connected” lobbyist.”

I guess the press is too busy demanding answers from the true power players in Cuban-American affairs: Jay-Z and Beyonce.

(John Hrabe blogs at CalWatchdog.com where this article was first posted.) –cw