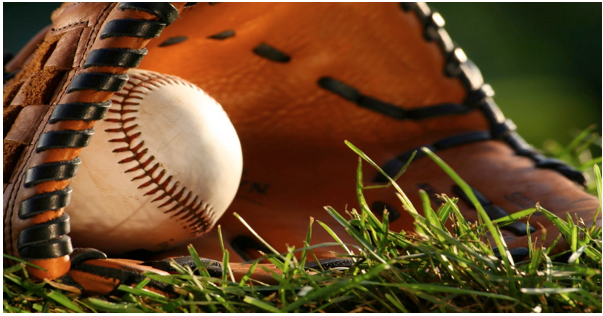 GUEST WORDS - The obligations of religious toleration and pluralism require all who care not a bit about baseball to accept that Opening Day is more than the beginning of a sports season. It is a great religious festival.

It can’t be an accident that baseball always starts around the time of both Easter and Passover and thus “elicits a sense of renewal.” For the faithful, it means that “the long dark nights of winter are over” and “the slate is clean.” All teams, the exalted and lowly alike, “are tied at zero wins and zero losses.”

This, in turn, means that the fervent cry “Wait’ll next year” becomes “prologue, replaced by hope.”

If you sneer at these spiritual metaphors, John Sexton, the president of New York University and a scholar of religion, offers a sermon you should hear. His new book, from which these quotations are drawn, is “Baseball as a Road to God.” The national pastime, he rightly insists, provides an excellent window onto the sacred, even as all that is good and holy helps you to understand baseball.

Sexton has taught a seminar on this subject for more than a decade, and his co-authors were two participants, Thomas Oliphant, the retired Boston Globe writer whose column I still miss, and Peter J. Schwartz, a former reporter for Forbes. Together, they have assembled some of baseball’s best-known tales (“the Miracle of Coogan’s Bluff,” otherwise known as Bobby Thompson’s 1951 “Shot Heard ‘Round the World” for the New York Giants) as well as lesser-known episodes that illustrate Sexton’s themes, including “blessings and curses.”

Which raises my only strong objection to Sexton’s account: As a convert to the Church of the New York Yankees from the more soulful tradition of the Brooklyn Dodgers, Sexton badly misreads those of us who have kept faith with the allegedly cursed Boston Red Sox. He accuses most of us, even after our historic triumphs of 2004 and 2007, of having “an incapacity to choose hope over despair.”

Never has a learned religious scholar made such a foolish error. I have long believed that hope is the virtue on which faith and love depend, an inclination formed while I was growing up rooting for the Sox during what Sexton shamefully dismisses as “a period of boring incompetence.” How dare he say this about the likes of Pete Runnels, Dick Radatz—and, yes, the young Carl Yastrzemski.

Beneath the yarns and the data, Sexton has a serious and controversial point to make.  He rejects “scientism” and insists that there is another realm of knowing that is spiritual and religious.

Many would insist that “science captures or will capture all there is to know in any sense of the word,” he writes, and then he boldly declares: “I do not believe this.” There is, he says, “something that is plainly unknowable, ineffable, no matter how hard we try to figure it out.”

I’m with Sexton, and I think he is very shrewd in encouraging non-believers to try to understand the religious sensibility by focusing on baseball’s moments of “wonder, awe, hope, passion, heroism and community” and, especially, of “faith and doubt.”

In a lovely forward to the book, historian Doris Kearns Goodwin—born, like Sexton, a Brooklyn Dodgers fan, she made the inspired choice of becoming a learned devotee of the Red Sox—tells of helping Gil Hodges break out of a batting slump by giving him “the St. Christopher’s medal blessed by the pope that I had won in a catechism contest by knowing the seven deadly sins.” She notes that since St. Christopher “was the patron saint of travel, I was certain that my medal had guided Hodges safely around the bases.” I’m sure it did, even if, sadly, Pope Paul VI removed Christopher’s feast day from the religious calendar.

My hunch is that professional baseball writers get impatient with intellectuals and columnists who tread on their territory. Compare, for example, Sexton’s other-worldly approach to the hard-nosed opening of “Francona,” the new book by former Red Sox manager Terry Francona and the Boston Globe’s celebrated sports columnist Dan Shaughnessy: “A baseball life is a life of interminable bus trips, tobacco spit, sunflower seeds, rain delays, day-night doubleheaders and storytelling. There’s a lot of standing in the outfield, shagging fly balls, and swapping lies.”

But Sexton has that covered. Baseball’s central calling to us, he concludes, is “to live slow and notice.” Opening Day encourages us every year to seek a path to serenity, and transcendence.

(E.J. Dionne’s is a syndicated columnist with the Washington Post Writers Group. This article was posted most recently at truthdig.com … an online progressive news and opinion journal edited by Robert Scheer.) -cw