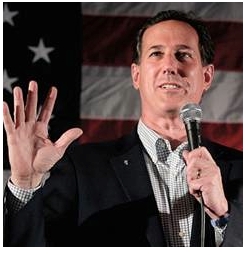 COURT WATCHER - It didn’t take long for the empty truth about the discriminatory Defense of Marriage Act to be exposed Wednesday, and there was little equality opponents could do.

At the Supreme Court hearing, Elena Kagan, the newest justice, read from the House Report from Congress when it passed the law in 1996, which summarized DOMA’s entire legal underpinning: “Congress decided to reflect and honor a collective moral judgment and to express moral disapproval of homosexuality.” According to people in the room, there were gasps and laughter at the so-called “gotcha moment.”

It was a duh moment, but a necessary one. Yes, DOMA’s about discrimination. That disapproval of gay people, not tradition or government uniformity, is at the root of the act is blatantly obvious both to anyone who observed it at the time and to everyone who has changed their Facebook profile photo this week.

But it needed to be set out on a national stage, a few feet away from rainbow-festooned children asking what the big deal was.

This week, both sides put forward their best cases and it quickly became clear the opposition to equality is based not on law or reason, but bigotry.  (Read the rest … including the House of Reps voice Pat Clement trying to explain why they did not enforce DOMA … here)