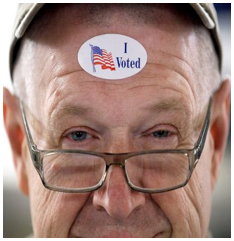 Based on the ballots counted so far, Wendy Greuel was at $93 Per Vote and Eric Garcetti was at $53 Per Vote. My campaign for City Controller was at 20 Votes Per Dollar.

If our public matching funds were used to incentivize participation as opposed to finance campaigns, turnout would be higher. Instead of giving my tax dollars to my opponents because I did not raise enough money, public financing of elections should mean that the city makes it easier to vote for those not likely to vote.

We spent over $6,000,000 of our Tax-Dollars on the March 5th Primary election (poll workers, materials, matching funds, etc.), and only generated 292,000 votes. A better use of money would be to pay people to vote or to pay people to count votes. We invest money in electronic machines that scan votes quickly, but what is more sacred to a democracy than counting votes by hand?

If the money given to the candidates through the Los Angeles City Public Matching Funds System were distributed to the 292,000 people that voted, voters would have gotten $20, each. Instead we give millions of dollars to a few well-financed politicians.

Public Matching Funds should be used to engage the citizenry and generate civic participation, not flood the airwaves and mailboxes of most-likely-voters with empty rhetoric and campaign promises.

Instead of aligning City elections with Federal elections or implementing Rank Choice Voting, we should start with changing the City’s Public Matching Funds System to benefit the citizenry instead of career politicians.

(Ankur Patel is a neighborhood council activist and was a candidate for City Controller on March 5.)