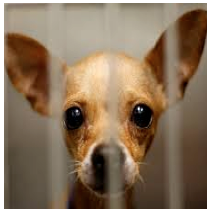 These figures, which are posted on the LAAS website, fly in the face of proclamations about No Kill December by our local officials and media outlets, including the Los Angeles Times, which on December 30, 2012 proclaimed, “The Los Angeles Department of Animal Services did not euthanize any treatable or healthy animals in its care in December.”

The “treatable or healthy” caveat is what Brenda Barnette, LAAS General Manager, used to proclaim a No Kill victory.  However, this claim is provably false; led to deadly consequences; and is now being used to perpetrate further dishonest initiatives.   It is dancing on the bodies of the 775 who were killed.  The following explains how and why it happened.

Disproving the “Treatable or Healthy” Caveat-Rescues affiliated with LAAS receive Red Alerts via email twice per day to make them aware of LAAS animals “in danger of being euthanized within 48 hours if the Animal Care Center where the animal is located becomes overcrowded.”  In other words, they will imminently be killed due to overcrowding; not due to suffering or un-adoptability.

While Barnette was telling other city officials and the media that no animals were being killed in the shelters in December, her twice daily Red Alerts simultaneously told rescuers the exact opposite; that they would soon be killed due to overcrowding.  Worse, many of the Red Alert animals were not given a name and did not have their photo posted, making their adoption chances even worse.

Deadly & Damaging Consequences of the False "No Kill" Claim-Proclaiming a No Kill December created a domino effect of negative consequences for the shelter animals in Barnette’s care.

First, by stating that no animals would be killed in December, Barnette erased the urgency in getting people to come to the shelter to adopt.

Second, doing this told the public that it was safe to dump their animals at the shelter. After all, none would presumably be killed.

Third, the combination of these created intense shelter overcrowding that resulted in insufferable conditions causing kennel mates to attack one, sometimes fatally, over stress and scarce food supplies.

Fourth and finally, these consequences resulted in a demoralized roster of shelter employees and volunteers, as evidenced in a series of emails detailing poor shelter conditions.

Further clouding this issue is that Barnette, who has failed to disclose to City Council that her daughter is employed by Best Friends, doesn't require Best Friends to report back on the disposition of what happens to the shelter animals it takes.  All other local rescue groups are required to do so.

Mayor Villaraigosa doesn't know if the animals who Barnette transfers to Best Friends and parts-unknown wind up in homes, warehoused or dead.  He doesn't know, because Barnette doesn't know.

Keeping the Lie Going for Financial Gain-Being a vocal critic of the No Kill December claim, I stopped receiving emails from LAAS.  However, last week, a friend forwarded a February 7th email from Barnette, which encouraged readers to complain to City Council about the “$2 million dollar (sic) cut in Animal Services which would end our ‘no kill’ efforts…”

This explains the motivation for the No Kill December ruse.  If Barnette convinced everyone that animals were not being killed, she could use this false claim to convince City Council to not cut her budget.  It was a house of cards designed to protect the budget and falsely inflate her job performance.

Councilmember Dennis Zine, who is a runoff candidate for Controller, has promised a top-to-bottom audit of LA Animal Services, and there's reason to believe that he will walk the talk.  He led the removal of Barnette's controversial predecessor Ed Boks, and did the same with now-former Commissioner Ruthanne Secunda, a wealthy talent agent, when it was discovered that she failed to pay for her three dogs' licenses for six years while simultaneously voting on licensing issues, and was cited for a related violation.

Promises, Promises-“No Kill” has become a buzzword promise by city officials past and present.  In 2003, then-Mayor James Hahn promised a No Kill Los Angeles by 2008.  Mayor Villaraigosa later reiterated the pledge.

In 2008, City Council made a great mandatory spay/neuter law.  But Barnette, a professional dog breeder, who wants to cap the Spay/Neuter Trust Fund, has repeatedly stated that she won’t enforce it because “it discriminates against breeders.”

Without a change of that mindset, and aggressive, sustained programs to curb pet over-population, No Kill, a noble and approachable goal, was, is, and will remain a bogus pursuit.

Should Los Angeles ever become serious about No Kill, it must first collect the $20 license fee for each of our estimated 600,000-800,000 unlicensed dogs, and make the license for an intact dog excruciatingly expensive.  This revenue could fund massive, ongoing spay/neuter programs; educate the public by driving that message home in our schools; and keep shelter personnel on during the midnight to 6am shift.

No Kill will not be achieved by tricking the public into thinking you can do it for a month, without a change of mindset, and without intensive ongoing programs.  There are 775 dead dogs, cats, rabbits and other animals proving that, in December, Los Angeles was a killing machine.  It is not something you can just say happened.  A city must live it.