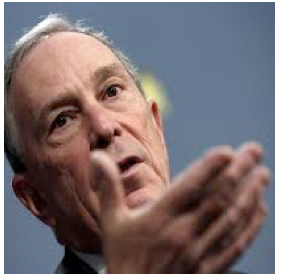 EDUCATION POLITICS - How to bootstrap a familiarity with public school policies right here and now, in the Spring of 2013?  The landscape is so complicated out there and there are so many buzz words, it’s hard to know where to start, where to turn.

First, note that as with all deeply emotional political struggles of the recent past (think:  abortion, gun control), both sides jockey for a lock on iconic buzzwords that feel good and flatter your sense of self:  who could be against “choice”?  How could you ever be “anti-life”?  In favor of killing innocents?

But the oldest trick in the book is being the first one to trademark a good label:  “Hey Mikey, he likes it”.  Do us all a favor and if one side is associated with a pat phrase, have the wisdom and grace to ignore the verbiage, and look deeper for meaning.

In the modern educational arena today on one side are pitted “Reformers”.  They want “Choice” for their flock in the form of Charter Schools, a school that is set apart from your local public school.  The degree of separation varies, there are charters that are “affiliated” and those that are “independent”, some are chartered through municipal school systems, some through county, or state.  Some are run by parent cooperatives and some by private non-profit and also for-profit individuals or corporations.

What they hold in common is that none of these charter schools, no matter the specifics of their structuring, is governed by your local school board or superintendent, the administrator hired by that board.

This means that Charter schools, while suffering up to and in some cases including even as much as ‘considerable’ oversight by some public entities nevertheless are always, in significant part, unrestrained by the formerly valued structures of local democracy:  checks and balances, elected political figures, the possibility of sustaining a satisfying private, family life as participating citizens (which is to say, the means to earn a decent, living wage).

So in the one corner are Charter School Reformers (CSR) who wish to save public education by taking it outside of its former structure and confines.  There is a presumption that the present system being in failure is inherently incapable of success.

Elsewhere is a cadre of stakeholders in the current system.  They have reviewed the system currently available and have opted to exercise any displeasure with aspects found wanting by addressing problems within the extant institution.  This means matriculating at neighborhood public schools.  It means working with organized political unions of workers.  It means volunteering or otherwise serving on boards that negotiate a fix from within a complicated landscape of vested interests.

Hence these camps are essentially constructivist in the one corner, and deconstructivist in the other.  In one iteration is seen a camp of highly committed individuals precisely because they have vested so much personal interest in the institution.  Alternatively this degree of personal involvement can be construed negatively, particularly if problems are considered inherent to the system. In response the philosophy is emboldened of ‘breaking an egg to make an omelet’.

To support this notion of shutting down and starting again comes a necessary climate of negativity, of fear surrounding our current public schools, of criticism for their effort and results, of disapproval with those associated with the system currently.  And yet to those in the other camp, who live and work and study within the consciously adopted system, there is all the same some degree of approval, even within specifics of dissatisfaction.  Many a modern family has visited their local public school and been surprised to discover there a high-functioning, professionally run, admirable institution of learning.

The CSRs want to build a network of schools to serve the dissatisfied outside of the current system, instituting “separate but equal” programs.  There are two problems with this.  First, it is a system that has been declared illegal for reasons of practicality:  it cannot be done.

For example, if there is a fixed total amount of money available to teach math to a community’s high schoolers, with one school operating there may be a sufficiency to fund Advanced Placement (AP) calculus.

If instead classes must be duplicated there is unlikely to be any surplus for beyond-basics like AP classes.  Conversely if an economy of scale is sufficient to fund, say, a speech therapist within a large educational community, in its smaller iteration there may not be funds for this more rarely needed service.

Consequently these charter schools by virtue of their very skeletal appointments must be selective of students in order to afford their abbreviated services.  And indeed it is seen statistically that nationwide while public schools by definition open their doors to one and all, charter schools find myriad ways to cull their ranks resulting in a select population that is tailored to curtailed offerings.

So a relatively homogeneous subpopulation is offered a subset of services by charter schools.  How is this achieved economically?  By saving personnel costs with non-unionized, generally younger and less experienced teachers — those without a family to support and insufficient political capital to command a societally useful salary.

In practice then this division into camps means an ultimate separation into schools as brutally segregated as ever anything was in the days of Jim Crow.  By enabling a system of schools distinguished from one another by socioeconomic as well as learning factors, nearly everyone loses by virtue of impoverished resources and diminished experience of ‘difference’.

And the statistics bear this out inasmuch as “a fraction of charter schools, 17 percent, provide superior education opportunities for their students. Nearly half of the charter schools nationwide have results that are no different from the local public school options and over a third, 37 percent, deliver learning results that are significantly worse than their student would have realized had they remained in traditional public schools.” (From the 2009 Stanford University Center for Research on Education Outcomes (CREDO) study; see also 2009 RAND study or a 2010 study from the US Department of Education on multistate examinations of charter school performance

“… nearly everyone loses by virtue…”  So who does not lose?  Those who run these separate schools as private businesses.  It turns out that this for-profit educational sector accounts for nearly nine percent of the country’s gross domestic product.  This is a $1.3 trillion market.

So.  Now ... when you read that $4.5 million has been invested in the upcoming LAUSD school board election, 1 million dollars alone from the mayor of a rival city on the opposite coast, now you can answer the natural question that springs to mind:  “why”?  Because: ensuring the unfettered continuity of schools unmoored to local oversight, is a very, very good investment.

Especially when you are personally financially invested in such enterprises.

Do the math, follow the money, be skeptical.  Why are “outside groups” so interested in Los Angeles’ school board?  What’s in it for them, what do we lose?

We currently stand to lose:  a system that employs professional educators, at a wage that sustains a functional middle-class-centered economy, affording a rich, multicultural, hugely diverse scholastic and extracurricular program.

For what?  To enrich a small handful of private individuals, yet further, at the expense of the education and therefore social mobility of our nation’s young people. This is nothing short of democracy-bending. How could we ever imagine giving over our egalitarian system of education for one and all to a cadre that would isolate its functional vestiges for the few?

Well, because:  we are scared, as per the long-emplaced effort of those leading this privatization charge, and because we do not feel empowered to behave democratically.  We are scared our children will be left in the cold without adequate educational resources for them, and we do not trust the power of our voice to stand up and vote collectively for our own rights, to fight for improvement over wreckage.

But this is silly.  We do not have to vote for the hand-selected, bought representative of an elite private sector.  It remains only to look clearly at our choices and understand the essence of this LAUSD schoolboard election.

And there are candidates backed by UTLA, a collection of individual teachers who negotiate collectively for the individual members of their profession.  As an entity UTLA may have a count of “one”, just as do all the above-named magnates.  But the magnates are individual people and the UTLA is a collective of a thousand individual voices.  The entities are very different and their interests are too.

Maximizing benefit among a collective is to the advantage of its thousands of individuals and quite frankly, to society as a whole, at least potentially.  Maximizing profit to an individual benefits:  one family.  There is no moral equivalence between these entities.

Why should the vast thousands of the electorate vote to serve the interests of so few?  We should think very carefully before choosing a candidate aligned with such private forces.  Why are they interested?  What is in it for me?  Where do my interests lie?

For myself personally, I know that I do not, at all, want my children to live in a racially segregated society.  Living with ‘other’ is difficult, but it is necessary in order to achieve fairness.  It is also interesting, fun and right.  I do not relish the return of feudalism and the days when income disparity was marked by orders of magnitude.  I am therefore begging, pleading with every sentient, voting Los Angeleno I meet to consider carefully whom they elect to their schoolboard.  At stake is no less than democracy itself.

I live in LAUSD4 and will proudly vote for Steve Zimmer on March 5, 2013.  His reelection is in jeopardy precisely because he does not vote with a bloc of vested interests, neither the teacher’s union nor the superintendent’s cabal.  He works for his conscience.  And so I urge you to vote your own.