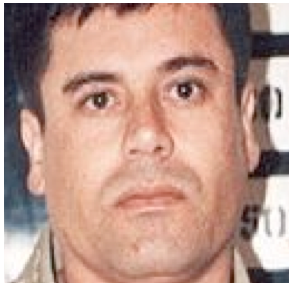 Badiraguato, a town of 7,000 in Sinaloa state, shouldn’t have such wealth. It’s among the poorest municipalities in Mexico. But you’re better off not asking questions here.

This is a secretive place, hot and quiet in the Sierra Madre foothills. There’s an army barracks, but soldiers mostly stay inside.

For well over a century, local farmers have harvested marijuana and opium in the rugged mountains surrounding Badiraguato. Since the 1980s, the Sinaloa cartel has acted as their Wal-Mart, transporting the mind-bending cargo north with quasi-corporate efficiency, and distributing it to a narcotics-craving United States market.

Ever since former president Felipe Calderón deployed thousands of soldiers and federal police to combat organized crime in 2006, the country has been ravaged by violence. An estimated 60,000 people have been killed in often brutal territorial warfare.

Yes, there have been victories for the government: In March 2009 the attorney general’s office published a most-wanted list of 37 high profile drug lords. As of February 2013, two-thirds of them are either dead or in custody. By now, the majority of the seven major drug trafficking cartels battling for dominance have been crippled. Most have partially or completely fractured into smaller groups. Even the infamous Los Zetas, whose leader Heriberto Lazcano was killed last fall, have recently suffered severe blows.

Only the Sinaloa cartel seems to have survived the onslaught relatively intact.

In fact, some critics of the government even claim Sinaloa has “won” the drug war. (Read the rest … including the debate on whether El Chapo is still alive … here.)