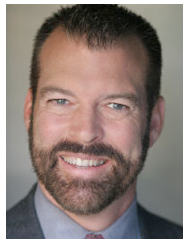 MY 2013 ELECTION PICKS - For those who want to know --- some so they can be sure to vote the other way. I consider myself a moderate Democrat, so feel free to assess my recommendations through this filter.

I know many of the candidates personally, and have worked with several of them on politically sensitive issues. So while I have made a decision as to who I feel is the best candidate to lead the City of Los Angeles. At this point, I recommend a vote for either of these two excellent candidates. If Eric were not in the race, Wendy would be my choice --- no other candidate comes close. If Wendy were running for a second term as Controller, rather than being in the race for Mayor, it would be Eric --- hands down the best in the field. So my hope is that both Eric and Wendy make it through the primary, so the conversation can continue with just these two about the kind of City we want Los Angeles to be, and who will be the best person to provide the leadership needed to make this a reality.

Should Eric become mayor, I strongly believe that he’ll be a better mayor because he’s had a two and a half month one-on-one debate with Wendy.

This is a tough one for me. For Mike was the officient for Kevin and me when we got married (making a special trip from Sacramento to do so). While Nuch, whom I met a couple of weeks later, decided then and there to take the two of us for a tour of Long Beach harbor on his boat, followed by dinner at the yacht club (read as: “Captain of our honeymoon cruise”). I like these two men very, very much, and think the world of both. But . . . I firmly believe that Mike is better suited to run the LA City Attorney office. While Nuch will better serve the public good by returning to private practice, and going back to the extraordinarily good work he does with environmental cases that he’s demonstrated over and over again that he’s capable of doing.

Ron is smart, articulate, and capable. I’ve known him for years. He’ll do a splendid job running the Controller’s office. While I also like Dennis Zine, I think Ron is better suited to the task. Add to this, Ron has himself a handsome husband --- a rabbi no less (his mother wanted a rabbi in the family, and Ron was kind enough to oblige). While this in itself isn’t sufficient to earn my vote. It’s a nice bonus. Vote for Ron.

I’m 100% onboard with the City needing additional funding to pay for needed services. But a sales tax is a regressive tax. Not gonna go there. The true solution is twofold.

First, as much of the Council will have spent time in the state legislature, use these relationships to get the legislature to act on resolving the taxation problem of a twenty-first century economy being taxed with mid-twentieth century system --- and the inability of all levels of California government to make the needed modernizing changes. As it currently stands, local jurisdictions don’t have the flexibility to raise the revenue they need to provide services. So instead, they resort to bad solutions to make ends meet. The legislature is now a supermajority, and has the ability to fix this. Come on Los Angeles. You’ve got the leverage. Get it done.

Then, with the authority to modernize the City’s tax code, the Council can do the job properly rather than ask the voters to go along with a bad solution --- like raising the sales tax.

A logical change, with no organized opposition.

Happy voting! But, even if you must be unhappy …VOTE!

(Paul Waters is Los Angeles/ Valley Pride Executive Director  and lives in Valley Village. He can be reached at:   [email protected])