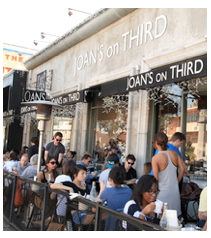 First and foremost, RFA's (Residential Floor Area) were not designed to stop mansionization.  The citywide Mansionization Ordinance does that.  RFA's were created to allow neighborhoods to fine tune their zoning laws if and only if the overwhelming majority of stakeholders want to change their zoning laws.

The law defines “overwhelming majority” as 75% of the stakeholders in the proposed overlay zone.

The people pushing for this RFA overlay in the Beverly Grove do not represent the people who live and own property in the proposed overlay zone, at least not the majority.  They can't apply to the city for an RFA overlay on their own because they do not have enough neighborhood support.

They don't have 30% of neighborhood support!

And that's the rub.  There is a loophole in the law that allows our Councilman to bypass the will of the people.

There is no question that the people who live and own property in the proposed overlay district do not want this overlay.  Paul Koretz has in his possession signed statements from stakeholders representing the majority of properties in the proposed overlay district.  They state categorically that they do not want his or any other overlay that would separate our neighborhood from the protection of city wide zoning laws.

He knows the score,  but chooses to support the minority agenda.

We met with the planning department.  They cannot stop this injustice.  Their charter is to put Koretz's motion into law.  They will gather information from both sides, put the motion in legal form, add their recommendations … then the planning commission will vote and the city council will rubber stamp.  The only person who can stop this proposal is Paul Koretz.

But wait … put that checkbook away … there's more!!!

This proposal has been misrepresented from the very beginning and not just by Shelly Wagers and her group.  Paul Koretz has participated in deceptions relative to his RFA proposal.

He put out a neighborhood survey asking for feedback on a proposal to stop the building of 4700sf homes (that were not and could not be built under current law) and would limit home size to 3400sf when it was actually proposing a 2400sf home size limit.

Even now, as Shelly's article confirms, Shelly and the Councilman are claiming the proposed RFA will limit home size to 3000sf when, in fact, it will restrict home size to about 2400sf or less of actual living space.

So are Shelly and the Councilman lying to us?  Well … yes and no.  If you ask them if the RFA will allow us to build a 3000sf home, they will say yes. What they don't tell you is that it will not be 3000sf of living space … at least not if you want an attached garage or a covered porch, or a balcony, or an area with a high ceiling.  The RFA changes the law to count those non living spaces in his 3000sf effectively lowering home size from 3600sf to 2400sf or less of living space.

The result is confusion … confusion that enables the proponents to convince people that they will get 3000sf of living space.  Is this on purpose?  Before you make your judgment, consider this.  The proponents of this overlay are telling people that it will not hurt their property values … clearly another deception.

Small run down homes that need replacement are currently valued at over a million dollars.  This is because they have the ability to build.  If this proposal goes into effect, their property values will drop at least $250,000.00 and I believe they will drop significantly more.  If you have any doubts about it, talk to any “ANY” realtor.

Shelly Wager's article states that the neighborhoods surrounding the Beverly Grove already have restrictions making our area a target for building.  Another deception.  Take a short walk to the other side of 3rd St and you will see a neighborhood pretty much like ours … with new homes being built pretty much like ours.  Walk a little further to the other side of Beverly and you will see more of the same.

If anything, separating our neighborhood from the rest of the city will stifle our growth while allowing nearby neighborhoods to continue to grow,   develop and flourish.  The Beverly Grove will no longer be attractive to our new neighbors who are buying run down properties and building 2 ½ million dollar homes.

So who wins if Koretz's RFA becomes law?  Beats me!

● The City and County will lose millions of dollars in lost tax revenue.

● The neighborhood will lose millions of dollars in property value.

● Individual residents will lose hundreds of thousands of dollars in

property value (their home being their largest asset).

value and leave the neighborhood because we won't be able to build.

● Our neighborhood will stagnate and be less desirable.

Let me leave you with one more thought.  If this can happen to us … it can happen to YOU!  We need a Councilman who will not only support the will of the people, but will submit a proposal to the city council to close the RFA loophole.  Fine tuning zoning law for individual neighborhoods is a great idea when the people want it.  Not so much when they don't.

Anyone who doubts the accuracy of this article is encouraged to contact me at stillchugn@yahoo.com

(Charles Tarlow is a resident of the Beverly Grove area and has served on the MCW Neighborhood Council.)