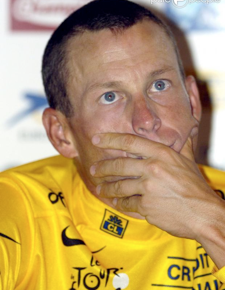 OPEN LETTER - I thought long and hard about whether I should write you.

I have known you for a long time and have great respect for the work you do, but I have spent a large part of my life fighting lawsuit abuse and for legal reform.

When I first heard about your class action against Lance Armstrong and his publishers of the books, “It’s Not About the Bike: My Journey Back to Life” and “Every Second Counts” I really thought it was a joke. I even tweeted to you about it. Then the next day it was apparent that you and another individual were filing a class action claiming you were deceived or betrayed.

Seriously? Really? If I filed a class action every time I felt betrayed or deceived I would be in court my whole life. Rob, it is a book. Nothing more, nothing less. I know this time tends to be slow and the election cycle (no pun intended) is over. Maybe you are bored, but this is not the path.

You have too much talent to be wasting it on a class action. Even if it gets settled, you and your chef (Jonathan Wheeler) might get a simple amount for being a member of the class. The vast majority of people will likely get a coupon on their next purchase of a book. The windfall, if there is one, will go to the trial lawyer as it always does.

Our courts are a mess and the last thing they need clogging the system is a class action from a guy who felt deceived. Our legal system needs to be used for helping people who have been truly wronged not for this kind of silly lawsuit.

This is not the kind of attention you need. Do what you do best and leave the silly class actions to others. I hope you will seriously consider dropping this matter. No one benefits from it other than trial lawyers. Our legal and court systems deserve better.

(This letter was published first at FoxandHoundsDaily.com)