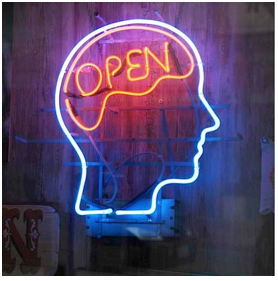 ALPERN AT LARGE - Here in the City of the Angels we love our cherished self-image of a free-thinking, compassionate, impartial, scientific and fair-minded society.

Or so I've been told, living in the progressive Westside and as a grassroots transportation/planning activist and neighborhood council boardmember who's determined to represent all constituents while pursuing a better economy, environment and quality of life than what we currently have.

Unfortunately, my experience as a physician, a lover of history, a father, and a neighborhood council boardmember keeps getting in the way of the "truism" that we're so open-minded in early 21st century Los Angeles.

Scientific revolutions always come as a shock to a society who must rethink everything they once took for granted--whether it's the earth being round, equality between the two genders and different ethnicities, or any other major new idea, the "old guard" will react with intransigence to such revolutions.

But what do we do as a city, or as a country, when the revolutionaries themselves become the closed-minded "old guard"?

As a physician and dermatologist, I'm aware of lousy science making for poor health and social policy.  Isotretinoin (originally manufactured under the trade name "Accutane") was and is a life-altering drug that has dramatically improved the lives of those suffering from disfiguring, nodulocystic and scarring acne, but a few misinterpreted and well-publicized cases gave that drug the untrue association of suicide and depression.

After over 25 studies showed it was the severe acne causing those mental health problems (and not the medication, which rarely causes moodiness but not severe psychiatric symptoms), we still have widespread fear--so easily inflamed by Internet-available "information"--that prevents that medication from being used to restore normalcy to, and preventing disfigurement from, scarring acne that destroys the self-image and social interactions of those afflicted.

Ditto for the phenomenon of those parents (predominantly the "educated" and well-to-do) who still refuse the proper immunization of their children from preventable illnesses because of a disproven-yet-promoted theory associating immunization with autism.

Ditto also for the phenomenon of patients and their parents avoiding necessary antidepressant medications who ignore the need for close monitoring, counseling, exercise and other measures because it's the psychiatric disease, and not the medications, that are the root of suicidal and homicidal behavior.

The common thread?  Individuals are so prone to clutching the mantle of open-mindedness that they've become...well...closed-minded!

As an adherent to the scientific method, and as a physician, and as someone who's lived near half a century, I can't really waste too much time worrying about offending individuals and groups whose world-image is shattered by experience and the collection of impartial data, but I do mourn the scientific, political, cultural and economic divisions, hurt feelings and controversies that are being oversimplified--and shattering lives in the process--by individuals who proclaim themselves "open-minded" and yet demonize those who dare disagree with them by raising cold, hard facts.

For example, are we so partisan as a nation (on both sides, folks...on BOTH sides of the political aisle) to conclude that the effort to reduce massacres such as that in Aurora, CO or Newtown, CT can't produce benefits to really fix the problem, so long as each side listens to and accommodate the arguments of the other?

Left to their own devices, the White House won't really focus on the harsh realities of mental health issues (including Hollywood-promoted and video-game-promoted factors) that exist in a society obsessed with violence.  Left to their own devices, the GOP won't limit-set gun sale policies that allow mentally ill individuals access to guns that enable recent mass shootings to occur.

Neither President Barack Obama, Vice President Joe Biden, NRA President Wayne LaPierre nor GOP House Speaker John Boehner slapped the guns into the hands of the monsters from Columbine, Aurora, or Newtown, and neither did they want any limitation of access to mental health care for these individuals.

Institutions and supervised halfway homes, with ongoing psychiatric observation, will do more to prevent violence than any limitation on gun purchases for law-abiding citizens.  Ordinary civilians don't need automatic weapons and armor-piercing bullets, but ordinary civilians aren't using them to kill innocents, either (mentally ill people are, though).

If the partisan blather slows down enough on BOTH sides, a smart 21st-century application and preservation of the First and Second Amendments can be arranged so long as Washington pols (and the rest of us) stop demonizing the other side and encouraging feel-good-only legislation, and instead start focusing on fixing the problem.

The civil libertarians cried foul, and as a physician and caring member of society I'd say these "open-minded" detractors of Mayor Koch were horribly wrong.  No psychiatrically-unstable person has the faculties to withhold treatment, and society has its rights for these individuals to become mentally stable and supervised, to boot.

It costs money to treat and house the mentally ill and homeless, and whether it's private charities or the public health sector, going broke as a society both destroys our future and prevents us from improving our present-day existence.  The need for all of us to really understand the mature and results-oriented compassion of fiscal discipline at all government levels has never been greater than ever.  At the national level, our deficit is over $1 trillion a year, yet the only ones with the courage to propose specific plans for change are demonized and disrespected in a manner that reflects poorly on us, and not the problem-solvers.

Ditto for the need of us all of us to get past wedge issues--such as abortion--that has been exploited and monstrously over-simplified, including and especially by those who declare themselves "open-minded".  The issue divides us as a country when it need not do so, even 40 years after Roe vs. Wade was decided by the Supreme Court.

Much political posturing and scalp-collecting has occurred as a result of that decision, but the reality of Main Street and modern science differs from outside the nation's Capitol, and of state capitols in all 50 states where laws are made and political points are won or lost.  Younger generations have grown up watching in utero baby photos, and the advent of Plan B (and the concept of responsibility for one's actions) obviates the need for virtually most abortions so long as all sexually active individuals of both genders are made aware of (and have access to) contraceptive options.

Even still, the concept of abortion (not unique as an issue, but the glaring example) as a complicated issue must never be trivialized as a simple case of "the right side versus the wrong side."  There are NOT many "anti-choice" or "anti-life" individuals in our country, there are NOT many who believe an abortion at 4-8 weeks is the same thing as an abortion at 20 or more weeks, and there are NOT many who believe that an abortion of a mid-term fetus that was suddenly determined to be severely deformed is the same as a mid-term abortion of a healthy fetus, and there is NOT a shortage of individuals who desire to adopt an unwanted child.

Those who choose to create controversy with abortion usually do so out of naivete or the desire to make political points...and at the expense of the country in general.  It should be reminded that Norma McCorvey (the "Roe" in Roe vs. Wade) converted to a fundamentalist form of Christianity and is now fervently anti-abortion, which highlights the conflicted feelings of women who seek safe and legal access to abortion--but who fear the haunting guilt and moral burden that such a procedure will lead to for the rest of their lives.

Anyone who queries a politician, or even just a neighbor or friend or family member, as to whether that person is "pro-choice" or "pro-life" is clearly part of--or the root of--the problem.  The open-minded answer needs to be, "It's complicated, and too important to reduce to a simple slogan."

And abortion is just the most glaring example of manufactured partisan scorched-earth practices by individuals (including the "open-minded").

The GOP comes across as a caricature of an out-of-touch and crotchety old man, and the Democratic Party comes across as a caricature of a naïve and petulant teenager.  The GOP appears to have no heart, and the Democrats appear to have no brain--and we need BOTH (it leads to household debates, but I'm grateful that this Republican married a Democratic wife to create both discussions and balance).

Our society has two hurdles to overcome to achieve true open-mindedness--which is a constant and never-ending exercise in staying engaged, to the best of our abilities, in our ever-changing neighborhood and national debates:

1) The advent of reality television and tabloid-mentality Internet media both provides an escape from the complicated issues confronting our society, and allows us to be gullible to individuals who feed us talking points about how we should think and act.  Despite the understandable desire to flee from complicated and unpleasant issues, so long as we're more interested in soap operas starring meaningless people doing meaningless things, our society will remain ignorant and easily prone to balkanization.

2) A newspaper/print/Internet that has opted to blur the lines of reporting, journalism and editorializing so far to the left that it forced a counterbalancing of a talk radio/cable media that has swung to the right.  Gone are the days when journalism strove to make doggone sure that both sides were represented, and now are the days when the Los Angeles Times, the Huffington Post, Yahoo, conservative talk radio and Fox News dominate what we hear and learn.

It takes more time and work than most of us have to listen to all points of view, and to arrive at any conclusion free from bias and closed-minded presumptions.

As a physician, a lover of history, a father, and a neighborhood council boardmember, I've concluded that the more I learn, the less I really know.  For the life of me, I honestly don't know a better conclusion for any of us to adhere to in order to achieve "open-mindedness" in our city, society and nation.