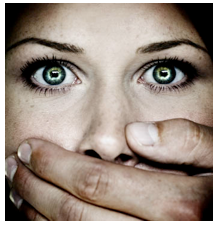 WOMEN’S RIGHTS - Democrats and Republicans in Congress are having a hard time agreeing on anything these days. But there are some things that should never fall victim to partisan bickering. One of these is protecting women against domestic violence and sexual assault.

But for Republicans in Congress, apparently, it isn’t that simple. Thanks to the extremism of House Republicans, the Violence Against Women Act expired this month after 18 years of saving women’s lives.

Here’s how it happened. Back in April, the Senate passed a reauthorization of the Violence Against Women Act (VAWA), which since 1994 has provided funding and training for state and local law enforcement to prevent domestic violence and sexual assault. The law has worked incredibly well: between 1993 and 2010, the rate of intimate partner violence fell by 64 [[http://bjs.ojp.usdoj.gov/index.cfm?ty=pbdetail&iid=4536  ]]    percent and the reporting of domestic violence has increased dramatically. Because of this, it has been reauthorized twice with overwhelming support from both Democrats and Republicans.

But at the start of this year, the act expired because House Republicans refused to reauthorize it. They refused even to hold a vote on it, instead proposing a watered-down bill that the president promised to veto. What they objected to were the new bill’s increased protections for immigrants, LGBT people, and Native American women.

Yes, they objected to greater protections for at-risk communities. Immigrant women are especially vulnerable to domestic violence because many rely on a spouse for their ability to live and work in this country. The new law would expand the number of victims of spousal abuse who could apply for their own visas and start their own lives.

Similarly, LGBT people too often fall through the cracks of our safety net for domestic violence victims: they are turned away from shelters or denied support, simply because of the gender of the abuser and the abused. This law would fix that. Finally, many Native American victims of domestic violence and sexual assault are left without recourse against non-Native abusers when their cases get lost in the gap between federal and tribal courts.

This is no minor problem: an astounding one in three Native women will survive a rape in her lifetime, and the vast majority of crimes against Native Americans are perpetrated by non-Natives. The Violence Against Women Act would bridge that legal gap and allow all Native American survivors of abuse to seek justice in court.

Republican efforts to prevent expanded protections for these at-risk groups made all women lose important protections. This issue is especially important to me as a survivor, an advocate, and a member of the ministerial staff at an African-American congregation.

Violence against women is an issue that affects everyone in America, but it disproportionately impacts women of color. The 2010 National Intimate Partner and Sexual Violence Survey found that more than a third of Hispanic women and nearly 44 percent of black women have experienced rape, physical violence, and/or stalking by an intimate partner in their lifetimes.

As a faith leader — and as someone who worked with others to help enact this legislation in the first place — I feel that it is important to speak out in support of those who are most vulnerable to violence and abuse. The lawmakers who blocked VAWA aren’t just insulting victims of domestic abuse, they’re actively putting women’s lives in danger. Congress should act quickly in this new year to reauthorize this life-saving program.

(Minister Leslie Watson Malachi is the director for African-American Religious Affairs at People For the American Way.  This article was provided CityWatch by  OtherWords.org)
-cw