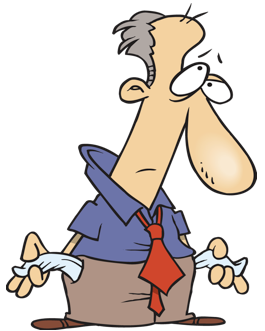 LA WATCHDOG - The Los Angeles County Flood Control District is proposing a $300 million parcel fee to help pay for its programs to curb pollution associated with urban runoff and to use storm water to recharge our groundwater supplies.
However, this so called “Clean Water, Clean Beaches Measure,” along with the permanent increase in the City’s sales tax to a job crippling 9.5% and the $4.5 billion Street Tax, is the third arrow in our back as the City, with help from the County, continues its assault on our wallets without engaging in real budget, pension, and work place reform.

In 2009, the City Council dumped its responsibility onto the County’s Flood Control District when it summarily flushed its $100 storm water parcel tax proposed by its Bureau of Sanitation.  The $80 million in anticipated revenue would have been used to fund the early stages of its 20 year, $8 billion “Clean Storm Water/Urban Runoff Master Plan.”
However, while the environmental goals of the Storm Water Tax are noble, it does not deserve the support of the County’s 2.2 million parcel owners at this time.
For openers, the Flood Control District has not disclosed the total cost of this massive project, in large part because of the ever changing unfunded mandates dictated by the State and the well funded environmental lobby. Nor has it shared with the public an implementation plan.
For example, if the total cost of the County wide project were in the range of $30 billion, then the average annual cost would be in the range $1.5 billion a year.
Since City parcel owners would be responsible for about a third of the cost, we would be saddled with $500 million a year burden, a fivefold increase from the $100 million under the anticipated parcel tax.
Under the intricacies of the proposed plan, about a third of the total revenue would be under the influence or control of the City.  And while all funds are required by law to be dedicated to local water quality improvement projects, the City will no doubt be able to divert funds to absorb General Fund obligations such as street cleaning.
The election process is also very confusing for the parcel owners in that it will not be on the ballot.
As a result of preliminary polling results that indicated that two-thirds of the voters would not approve the Storm Water Tax, the County decided to conduct a “stealth” election where the County’s 2.2 million parcel owners would vote by mail, no doubt leading to mass confusion and the suppression of the vote.
Conveniently, the mail-in ballot scheme that was approved by Supervisors Yaroslavsky, Molina, and Ridley-Thomas will only require approval by 50% of the voters.
The deck is also stacked in favor of the Flood Control District because parcels owned by governmental entities such as LAUSD, the Department of Water and Power, and the City of Los Angeles are also allowed to vote because their parcels will be required to pay the parcel fee.
While the LAUSD and the Long Beach Unified Board of Education have registered their objections since they will be slammed for $4.8 million and $700,000, respectively, there is well founded speculation that the Flood Control District will work with school officials to ease the impact of the parcel taxes.
And here we thought election tampering and bribery were against the law.
Voting by mail allows the Flood Control District to further control the message and the process as there is no opposition argument on the ballot, unlike the Voter Information Pamphlets that are sent to all voters in regular elections.
The determination of the parcel fee differs from the traditional parcel fee, again adding to the level of confusion.  The traditional parcel tax is the same for all parcels, regardless of size or value.  In this case, the Storm Water Parcel Fee is based on the parcel’s “impervious area” using lot size and zoning characteristics to determine each parcel’s proportional share of the costs.
As a result, while the “typical” home would be assessed $54 a year, a condo would be billed $20 and a big box retail store would be tagged for over $10,000.
There are many other issues to be considered, including, but not limited to, true independent, non political oversight, third party contractors, mitigating procedures to lessen the tax, and the impact on local governments if the Storm Water Tax is not approved by the parcel holders.
The uncertain cost of the Storm Water project and the shenanigans associated with the “stealth” election are reasons enough to reject the Storm Water Tax.
But the overriding concern for the voters of the City of Los Angeles is abject failure of our fiscally irresponsible City Council to enact real budget, pension, and work place reform because it would alienate the campaign funding union leadership.
Instead, the Elected Elite and their cronies that occupy City Hall continue to “kick the can down the road” to insolvency, this time by dumping the City’s obligation for urban runoff onto the County.
Over the next several months, we have an excellent opportunity to send City Hall a loud and clear message demanding reform by voting NO on the permanent half cent increase in our sales to a job crippling 9.5%; by voting NO on the $4.5 billion Street Tax, and by voting NO on the back breaking Storm Water Tax.
Angelenos must demand that the Budget and Finance Committee, headed by Paul Krekorian, the City Council, led by Herb Wesson, and the Mayor endorse structural reform of its financial affairs by placing on the ballot a charter amendment that requires the City to “LIVE WITHIN ITS MEANS.”
This common sense amendment would require the City to develop and adhere to a Five Year Financial Plan, approve two year balanced budgets based on Generally Accepted Accounting Principles, and, over the next ten years, provide adequate funding for the elimination of the City’s unfunded $11.5 billion pension liability (68% funded) and for the repair and maintenance of our streets, parks, sidewalks, and the rest of our crumbling infrastructure.
City Hall, read our lips.
The issue is very simple: No reform. No new revenues.
(Jack Humphreville writes LA Watchdog for CityWatch. He is the President of the DWP Advocacy Committee,  the Ratepayer Advocate for the Greater Wilshire Neighborhood Council, and a Neighborhood Council Budget Advocate. Humphreville is the publisher of the Recycler Classifieds -- www.recycler.com. He can be reached at: lajack@gmail.com)
-cw
Tags:
CityWatch
Vol 11 Issue 5
Pub: Jan 15, 2013