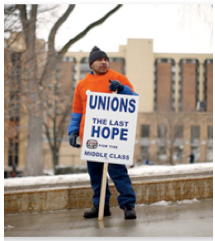 CALWATCHDOG - In what strange world do janitors get paid $45 per hour? In California, the land of the prevailing wage.
The dirty secret is that janitors often are not really getting paid $45 per hour, but the taxpayers are being charged this amount on public works projects.
Designed to help the worker, the prevailing wage  was created to set a minimum hourly rate paid on all public works projects, primarily for construction workers. But the classification has been expanded and greatly abused.