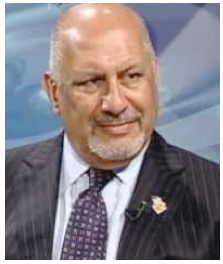 INSIDE CITY HALL - On March 5, 2013 the voters of Los Angeles will choose the top 3 leaders in City government. Voters will elect a new Mayor and a new City Controller. They’ll also decide whether to retain or to replace the current City Attorney. In addition to these 3 City-wide races, voters will also choose 6 new Council members and decide whether incumbents in two Council Districts should be retained.
As the official Trouble-Finder at City Hall, I will be following all these races. And I’ll report my views/observations in this column. In line with that commitment, I’ll begin my election reporting with a few comments about the Controller’s race.

Six Controller candidates qualified for the Primary Election. Their names will be on the March 5 ballot: Analilia Joya, Disability Advocate/Teacher; Dennis P. Zine, Los Angeles City Councilman; Ankur Patel, Student/Labor Organizer; Jeff Bornstein, Business Owner; Cary Brazeman, Local Company Executive; and Ron Galperin, Efficiency Commissioner/Businessman.
Of the 6 candidates, one — Dennis P. Zine — is an insider. That gives him a very big advantage over the other candidates. While on the City payroll, Zine launched his campaign for the Controller’s Office; he raised money, got endorsements, etc.
Moreover, Candidate Zine’s Council District employs 18 full-time Council Aides. They’re on the City payroll, but they work for him. He hired those Aides himself — without benefit of a civil service examination. They’re accountable only to him. Only he knows what those 18 Aides do on the job; only he knows the extent to which what they do actually serves to advance his political career.
As a Councilman, Dennis P. Zine chaired the Council’s Personnel Committee. His duty — clearly stated in Charter Section 242(b) — was to become fully informed on the City’s personnel function, and to report to the Council any information or recommendations necessary for the Council to legislate properly.
The fact is Chairman Zine ignored his Charter-mandated duty. He knew the City’s $4,000,000,000 workforce was mismanaged. He was fully aware that City departments were using wasteful employment practices. But he didn’t act on that information, nor did he report it to the full Council.
Finally, Chairman Zine was a key player in the Riordan plan to ignore the Charter, stifle the Civil Service Commission, and dismantle the City’s civil service system — all without a vote of the people!
Now, after facilitating a plan to deny the people their right to be heard, Zine is asking those very same people to make him the City’s Chief Accounting and Auditing Officer. Hopefully, Zine’s record will lead voters to choose someone else.
(Samuel Sperling is a City Hall watchdog who writes for the Tolucan Times. Check out other writers and reporters … including Greg Crosby … at tolucantimes.info) You can reach Samuel Sperling at: [email protected]) –cw
CityWatch
Vol 11 Issue 5
Pub: Jan 15, 2013