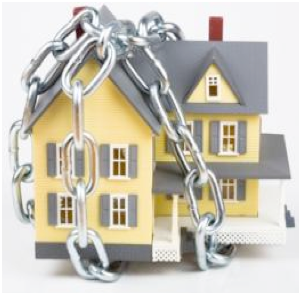 GETTING THERE FROM HERE - Maybe it was Providence, but I was one of those polled about extending the LAX northern runway into Westchester, and I am stunned and amazed at how partial that poll was.

● First that LAX poll: That was one of the most ridiculously-biased and inappropriate polls I've ever been part of, and I'm just grateful that I have the background, interest and education to have been able to counter the very-misleading questions posed by the phone interviewer, who (to her credit) was one of the sweetest and nicest phone pollsters I've ever spoken with.

So while I give kudos to the polling entity and pollster for her holiday sweetness, it's not a stretch to guess that there's a selection bias to those who took the time to answer the poll--because it's also not a stretch to guess that there aren't too many people who would bother to take an unexpected telephone poll during the holidays, and who have the interest in LAX and related transportation issues like I do (I'm that "Green Line to LAX" dude who keeps bothering everyone about planning, funding and building a Metrorail to LAX project).

The Times reports that everyone and his/her mother, including CD11 residents who were recently polled just absolutely LOVES the idea of extending the northern runway a few hundred feet north to promote business and make our city and region a whole lot of money (LINK:  http://articles.latimes.com/2013/jan/08/local/la-me-airport-poll-20130108fter),   Yet the initial selection bias of those willing to be phone-polled over the holidays was unarguably and unscientifically exacerbated by the equally-biased wording and sequence of the questions, which after several leading questions would normally built up excitement and support for the northerly expansion of LAX into the roads and commercial district and towards the adjacent residential neighborhoods of Westchester.

By the time the question was raised about the NASA study that concluded no such expansion was indicated (probably the only study that wasn't biased by FAA and LA World Airports group-think), and that it was by far cheaper to have operational improvements and save a few billion dollars, it was probably not too likely that those being polled (unless they were familiar with the years-long studies and debates surrounding this issue) would come out in favor of that NASA study.

So here's another selection bias I recommend:  among those neighborhood councils and neighborhood associations who've weighed in on this issue (including the grassroots CD11 Transportation Advisory Committee I co-chair), the option of NOT expanding LAX into Westchester is virtually unanimously opposed and rejected--and these aren't people who've been phone-polled out of the blue.  These individuals have been confronting and evaluating this topic for years.

One piece of good news, however, is that 87% of those polled want a light-rail service to LAX--which might mean I'm a pathetic hypocrite about rejecting some of this poll's numbers and embracing others.  It also might mean that the issue of expanding the LAX runway north into Westchester is a much more complicated issue to explore in 5-6 minutes than "a train to the airport" is for the average taxpayer.  Particularly because those taxpayers most opposed to the northern expansion of LAX are homeowners who've fought for their homeowner values and quality of life for a very, very, very long time.

● Moving on to the recently proposed $3 billion City of LA bond measure to fix our hopelessly-outdated road repair backlog (LINK).

I admit to having mixed feelings about this bond measure.  It certainly is more welcome and logical a measure than the half-cent sales tax by Herb Wesson and the City Council, which would purportedly fund the same police, firefighters and other necessary and valued City workers whose unions had the chutzpah to play the role of bullyboy and intimidate potential voters from providing enough signatures for the recently-proposed and withdrawn Riordan measure to save our City from bankruptcy.

The need to repair our roads is paramount, but opposing this measure at this  time is NOT tantamount to opposing road repair--its being rushed, it'll be paid for only by homeowners, and there is certainly the need for more reforms from City Hall (nowhere near where they need to be, despite a few steps towards reform taken last year) and the details of this overall-well-intentioned measure are just not known yet.  Note the comparison with Measure R passed in 2008, which had ample transparency and opportunity for voters to learn about it, and which was to be paid for by the entire county--and not just by beleaguered homeowners and property owners.

1) Why isn't the money already being devoted to our streets and related infrastructure?

2) How can we be assured that this money won't enable the City Council to move more LADOT and LA Department of Public Works funds into the General Fund to pay for bloated, unsustainable and poorly-run pension plans?

3) Why should anyone pass a bond measure for a City that stopped Riordan's plan and is on the verge of bankruptcy?

4) Why should homeowners vote to tax themselves when the Council can't pass a Community Care Facilities Ordinance that homeowners area screaming for to protect single-family residences/neighborhoods?

And so we move on to the next assault on homeowners, to which I added to by presuming that the county initiative for clean water and storm runoff information, presented by a piece of "junk mail", was to be discarded while cleaning up over the holidays:

Apparently, I wasn't the only idiot who should have read that unprofessional and poorly-written "junk mail" (not sure if it was bad quality and writing, or intentional), but it may cost me big-time.

And can we PLEASE presume that the issues of raising questions as to why this measure is being slammed through, snuck through, and quietly slipped through the voting/taxpaying public during the holidays doesn't mean that the questioners want dirty water and polluted oceans?  Ditto for raising issues of how the money will be spent and why this will be paid for only by homeowners and property owners--those who oppose this measure as is should not be demonized as environment-hating monsters.

We've seen state and federal bond and stimulus measures again and again be thrown out to politicians and voters under the aegis of "fixing our roads" but go to everything but that--and spent poorly, to boot.  We've also seen a few good measures, once explained and once made entirely transparent, get approved by voters willing to tax themselves to fix our transportation and infrastructure and environment (Measure R comes to mind).

The ability to spend our money wisely and appropriately is not the sign of being selfish and uncaring--it's the sign of being scientific and analytical.  Our City and County needs to be fiscally viable, our highways and rail systems and sewage/water/electrical grid systems need upgrades, and our environment needs a big cleanup.

But if the politicians want to repeat the "all or nothing" taxpayer revolt that led to Proposition 13 a few decades ago, and which hurt our ability to evenly and reliably fund our public sector budgets, all they need to do is keep slapping around the hapless and beleaguered homeowners and tell us we're evil unless we're willing to be slaves to a government that views as us slaves and not as patriotic, civic-minded investors.

Treat homeowners and all taxpayers like adults, behave like adults, and demand that spending be performed in an adult manner, and I've no doubt that the overwhelming majority will do the right thing and make our City and County of LA a delightful place for ourselves and future generations to visit, work, play and live.

(Ken Alpern is a Westside Village Zone Director and Boardmember of the Mar Vista Community Council (MVCC), previously co-chaired its Planning and Outreach Committees, and currently is Co-Chair of its MVCC Transportation/Infrastructure Committee. He is co-chair of the CD11 Transportation Advisory Committee and chairs the nonprofit Transit Coalition, and can be reached at Alpern@MarVista.org This email address is being protected from spambots. You need JavaScript enabled to view it. . He also co-chairs the grassroots Friends of the Green Line at www.fogl.us.   The views expressed in this article are solely those of Mr. Alpern.)