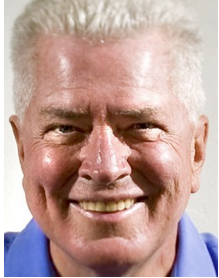 WHAT YOU NEED TO KNOW - Fans and friends of the late Huell Howser are invited to a memorial at the Griffith Observatory Tuesday, Jan. 15.

WHO: Fans of Huell Howser

WHAT: A free, public memorial for Huell Howser

HOW: A shuttle from the Greek Theatre parking lot will serve those who can't find parking near the Griffith Observatory.

Howser was the host of public TV show "California's Gold," a travel show that celebrated all things big and small about California's communities, landmarks and history.

He died early Monday morning after a two-year battle with cancer.

Despite his gregarious demeanor, the Tennessee native was so humble and private that he refused to consider any kind of memorial service in the event of his death, said producer and friend Ryan Morris to NBC.

“Huell was very serious about not having any tributes, any funerals, any memorials,” said Morris. “He didn’t want to draw attention to himself.”

Morris also suggested that the best way to remember Howser was to visit Chapman University, where the broadcaster donated his life's work to be archived and displayed for all to see.