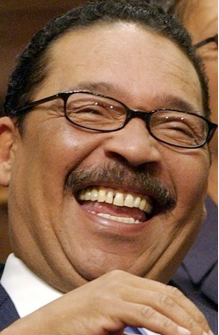 LA WATCHDOG - The Mayor and the City Council have not engaged in any serious budget, pension, or staffing reforms over the last seven years other than blowing a lot of hot air in our faces.

Yet, once again, the City Council and the Mayor are attempting to close the four year budget gap of over $1.1 billion on the backs of homeowners and the business community rather than addressing the underlying cause of the deficit, the more than $750 million increase in salaries, benefits, and pension contributions.

On Friday, without any input from Neighborhood Councils, homeowner associations, the business community, or anybody else for that matter, Council Members Mitch Englander and Joe Buscaino had the audacity to propose an air ball plan to finance the repair of our 6,500 miles of streets and 800 miles of alleys over the next 10 years with the proceeds from the issuance of $3 billion in bonds.

The required interest and principal payments over the next 20 years of around $5 to $6 billion would be financed in part by a parcel tax that would eventually extract over $100 million a year from property owners.  And even then, that may not be enough.

While our lunar crater streets, the second worst in the country, are certainly in need of repair, the process of putting this measure on the ballot lacks the necessary transparency, public input, planning, and financial analysis and review.

But this is standard operating procedure when such vitally important measures involving billions of our money must be placed on the ballot at the last minute.

As was the case with the half cent increase in our sales tax that was placed on the March 5 ballot in a deal cooked up by budget busting Herb Wesson and the sleazy lobbyists that roam the bowels of City Hall, this $5 to $6 billion, 20 year obligation did not see the light until the last minute, in this case, on Friday afternoon.

But to place this massive tax increase on the May 21 ballot requires urgent Council action by Wednesday, despite the fact that there is no operating or financial plan.

There is also a serious concern about whether the City, the politically appointed Board of Public Works … consisting mainly of highly paid public interest lawyers … the Bureau of Street Services, and the Department of Engineering have the technical, operational, financial, and management expertise and experience to manage the “largest public infrastructure project in the country.”

Compounding this uninformed rush to judgment is the City is playing another shell game, financing everyday operating expenses associated with the normal maintenance and repair of our City streets with this newly issued long term debt.

This may free up monies from the General Fund, the Special Gas Tax Street Improvement Fund, or the Measure R Local Return slush fund to help the General Fund finance the massive increases in labor costs over the next ten years.

This $100 million road tax is just one of many assaults on our wallets by the City Council led by Herb Wesson, the former Speaker of the State Assembly who authored the red ink budget that led to the recall of Gray Davis.

There is Measure A, the $215 million increase associated with the proposed permanent half cent increase in our sales tax to a job-killing 9.5%, one of the highest rates in the nation.

This is in addition to the over $100 million increase as a result of the voters’ approval of the temporary quarter cent bump in the sales tax associated with Proposition 30 that was sponsored by Governor Brown.

As a result of the City’s unwillingness in 2009 to fund its stormwater mediation system, the County absorbed that responsibility and is now proposing a $300 million, vote by mail, parcel tax to finance its stormwater project, of which $100 million will be from property owners within the City.

The Exclusive Trash Franchise that was recently approved by the City Council as a favor to the campaign funding Teamsters Union will end up costing apartment owners and businesses an additional $150 million, an expense that will be eventually passed onto the citizens of Los Angeles.

The Transfer Fee from our Department of Water and Power to the City’s General Fund was unilaterally increased by over $100 million as a result of raising the tax from 5% to 8% of Power System revenues.

Homeowners have also been tagged for an additional $200 million as a result of the tripling of the Solid Waste Sanitation charge that is part of our DWP bill. These revenues were designed to put more cops on the street.

There is the 30 year, half cent increase in our sales tax to finance large scale transportation projects that was authorized in November 2008 with the passing of Measure R.

And over the next ten years, DWP is expected to double our water and power rates while our Sewer Service Charge will increase 77%.

As a result of this continuing assault, the Los Angeles Neighborhood Council Coalition has called on the City Council to postpone for 60 days any action on the “Los Angeles Emergency Local Street Safety and Traffic Improvement Measure” that calls for the issuance of $3 billion in bonds that will cost $5 to $6 billion over the next 20 years.  (see below)

Given the lack of trust and confidence in the City Council and the Mayor, the odds of this parcel tax receiving the necessary two-thirds vote are slim.

However, some good may come of this ill-conceived attempt to transfer street repair from the budget to a special fund as voters will be so fed up with the financially irresponsible City Council that they will kill the proposed half cent increase in our sales tax to a mind boggling 9.5%.

So thanks may be due to the signers of this motion: Mitch Englander, Joe Buscaino, Paul Krekorian, Tom LaBonge, Paul Koretz, Jose Huizar, and Herb Wesson.

Hopefully, City Hall will get the message that we have to LIVE WITHIN OUR MEANS.

So if we do not have meaningful budget, pension, and personnel and staffing reforms, the odds of additional taxes being approved by the voters of Los Angeles are remote.

First I would like to introduce myself; I am Terrence Gomes the Treasurer of the South Robertson Neighborhoods Council and the newly elected Chair of Los Angeles Neighborhood Council Coalition (LANCC). We are a coalition of councils to promote and protect the interests of the Neighborhood Council System and the stakeholders they represent.

I am writing to you today on behalf of LANCC due to an urgent matter that is time sensitive. On January 4, 2013 the City Council, without any warning or advance notice, introduced a motion to place a three billion dollar bond measure on the May ballot. They did this without any input from the Public or the Neighborhood Councils that represent the stakeholders that will have to shoulder the eventual burden of a possible six billion dollar tab.

We need you to take action NOW:

1.      We need you to call your Councilmember and tell them that you demand that Council File 13-1300-S1: Resolution on Proposed $3 Billion Street Repair Bond Measure be postponed for sixty days so that the Neighborhood Council that represents my interests in City matters can weigh in on the matter.

2.      Ask the Neighborhood Council that represents your interests to place on their next agenda the motion that was passed by LANCC to ask the City Council to postpone any action on Council File 13-1300-S1 for 60 days so that Neighborhood Councils will be able to weigh in on this matter.

3.      Please forward this email to people that you know.

Remember, we are asking that you act to have City Council allow due process and the Neighborhood Councils to weigh in.

A Coalition of Councils

Whereas the City Council believes that the Neighborhood Councils do not inform their stakeholders about Council initiatives;

Whereas the City Council requests better participation in city issues by Neighborhood Councils;

Whereas yet again, the City Council, without any warning or advance notice, introduced a motion on January 4, 2013 to place a three billion dollar bond measure on the May ballot, thereby again silencing their stakeholders’ voice in this matter;

Whereas LANCC has already adopted and transmitted a position to the City Council asking for 60 days time for Neighborhood Councils to be able to weigh in on issues;

Therefore, be it resolved that this body motions and approves that the Executive Committee immediately transmit LANCC’s opposition to the City Council action precluding the Neighborhood Councils from weighing in on the ballot measure.

Furthermore, the LANCC demands that a City Council decision on this item be postponed for 60 days until the 95 certified Neighborhood Councils have an opportunity to hold a Brown Act compliant meeting and report back to the Councilmembers with their stakeholders’ views.