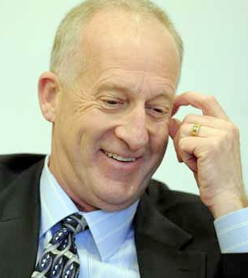 VOICES - Back-to-back, we have read two articles in CityWatch;  one by DWP-NC Advocacy Committee  Chair, Jack Humphreville and a response by DWP GM, Ron Nichols.

We the NC Stakeholders know these two people well.  I want to personally thank Mr. Nichols for his response.  It is fitting, proper and refreshing for the DWP GM to open the flood gates of information.  Let’s all keep it flowing.
It is only by these free expressions of opinion from qualified sources that our City becomes truly transparent and that we, the public, can look at all sides of an issue, understand what is going on and respond, intelligently and responsibly.
We should add DWP Ratepayer’s Advocate Dr. Fred Pickel, Councilmember Richard Alarcon, Board of Public Works President Andrea Alarcon and Bureau of Sanitation Director Enrique C. Zaldivar to this cast of characters.
Jack blasted DWP for spending $ 3.9 million of Ratepayer’s money.  Did the Ratepayer’s Advocate, Dr. Fred Pickel, know and respond to this transaction or did it happen too fast for him to act? The $ 3.9 million is to ward off imminent closure of the Children’s Museum, which is scheduled to open in March 2015.  To date, the exhibits have not been installed, no director has been named and no staff have been hired.  It sounds like there are load payments that are due and the City is scrambling to find money to pay its debt.
Mr. Nichols says that the DWP $ 3.9 million part is to fund a DWP exhibit in the Children’s Museum and that money is part of DWP’s energy efficiency and water conservation funds, $ 150 million which includes education and outreach.  He thinks it is a good investment.  Can he reassure us that DWP has enough money to repair its aging infrastructure (70% of our power poles are over 30 years old, etc.), pay for its debts and still deliver low cost power to us?  Not while we can still feel the bite of the recent 11% rate increase.
Mr. Humphreville is critical of the Mr. Alarcon’s actions and implies that his methods were coercive.  Strong words from a recognized source without response; especially when he adds the appearance of nepotism with Mr. Alarcon’s daughter.  What do you say, Mr. Alarcon?  Don’t be frightened.  This is only the court of public opinion.  You have and still face much more critical courts.
At the same time as Humphreville’s article points to Council Member Richard Alarcon as a prime supporter of the Children’s Museum project, it points to the fact that Mr. Alarcon’s daughter, Andrea Alarcon, is President of the Board of Public Works (the parent organization of the Department of Sanitation and the only Los Angeles City Board where the Board Members are paid, handsomely, for their services).
The fact remains that there is $ 3.6 million leaving the Department of Sanitation and not going to recapture the billions of gallons of water that flows out of Los Angeles through our crumbling sewers and into the ocean.  Now there is a flood gate that needs closure.
Is Humphreville equally critical of the Public Works Board/Bureau of Sanitation’s use of $ 3.6 million of their ratepayer’s money to fund an exhibit at the Children’s Museum?  Where is your response, Ms. Alarcon?  Mr. Zaldivar?
Now, I have asked many more questions that I could possibly answer.  That is because that is the nature of these transactions.  But … this offering is an attempt to suggest a way for all of us to do a better job for our City.  Let’s start by opening the flood gates of information.  Let’s get more information (aka more transparency).
What is YOUR response?
(Dan Wiseman is a long-time neighborhood council activist, serves on the Neighborhood Council Budget Advocates Committee and is secretary of the Los Angeles Neighborhood Council Alliance.)
–cw
CityWatch
Vol 11 Issue 2
Pub: Jan 4, 2013