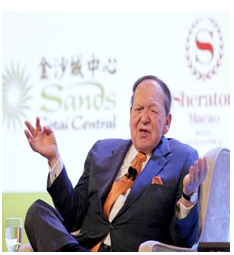 GUEST COMMENTARY - The end of the year is often a time of reflection; a time to process all the great lessons of the past 12 months. While 2012 brought many challenges, it was also a remarkable year for progress and for the people.

Whether it was our united response to voter suppression tactics, or our pushback against the continued attacks on women, or the dedication of countless Americans standing in line for hours to vote, we watched as the power of the wealthy faltered under the sheer will and power of the people.
In conclusion, 2012 was simply the year that the rich couldn't buy.
When the Supreme Court passed Citizens United and opened the floodgates for unlimited money to influence and shape our political process, many thought it would signal the end of the value of our individual vote. As Super PACs poured in unregulated amounts behind specific candidates while funding ugly campaigns against those they didn't support, the people could not be duped.
At the same time, we saw many states pass tough new voter ID laws and other suppression tactics like the elimination of early voting days. But while those passing these new laws attempted to rig the election in their favor, we fought back. Rallying, educating and registering people to vote across the country, we turned up with as much commitment and enthusiasm as we did in '08. Against all monetary odds, the votes and resolve of the American people determined the direction we wanted this nation to go.
In February of this year, the country was once again paralyzed as we learned of the tragic shooting death of unarmed teenager Trayvon Martin. When the accused killer, George Zimmerman, roamed freely without arrest and invoked Florida's controversial 'Stand Your Ground' law, we rallied in that state and created a subsequent nonviolent protest across the country.
Everyone from celebrity basketball players to kids on the street wore symbolic hoodies as a gesture of support for the teen whose young life was cut so short. We demonstrated in the state of Florida, and with virtually no prior notice, nearly 30,000 joined us that day to demand justice. It was in fact the protest and our unified response that yielded a special prosecutor who later charged Zimmerman with second-degree murder.
It was the vocal opposition of folks from state-to-state, and their symbolic defiance in the face of local authorities that stopped this injustice from being swept under the rug.
For much of this year, there were a barrage of attacks on women, unions, immigrants, gays/lesbians, the middle-class and the poor. From attempts at eliminating women's reproductive rights to halting same-sex marriage, to methods of dismantling workers' collective bargaining and organizing rights, these disruptive actions proved only to further mobilize and unite the majority.
No matter how many times they disparaged folks, at the end of the day, it was the men and women of this country that fought back either through our legal system, by demonstrating on our streets or by the ballot. Time and time again, we proved that truth and progress have more value than dollars and cents.
The notion of the masses determining their own fate wasn't unique to the United States either. We watched this year as the Arab Spring continued in earnest and folks from many nations stood up to monarchs with billions and chased them from their thrones. Some thought their families would rule unchecked for generations, but the people chose otherwise. In many places, years of dictatorship couldn't quell the thirst for individual freedom and democracy.
Back home, we witnessed horrendous cases like the Penn State child abuse sex scandal. Again, those with power and wealth thought they could hide from justice, but the facts and the truth eventually prevailed.
Most recently, we suffered an enormous tragedy in Newtown, Conn. On the heels of other atrocious shootings like the movie theater massacre in Aurora, Colo., and against the backdrop of violence plaguing our streets every day, the people have said enough. Despite what gun lobbyists may say, and despite the amount of money they will invest in pushing for more guns, we will remain unified and push back. They may have all the monetary backing on their side, but the desire of the people cannot be squandered.
In 2012, I was on the front lines of many of the battles we faced. Whether it was draconian voter ID laws, the shooting death of young Trayvon Martin, or the attacks on women and the workers of America, I went into each challenge concerned that they had outmaneuvered us financially. But in the end, I left convinced that money could not buy genuine commitment.
That is the ultimate lesson of 2012.
(Reverend Al Sharpton is the President of the National Action Network (NAN) and one of America’s most-renowned civil rights leaders. Follow Rev. Al Sharpton on Twitter: www.twitter.com/TheRevAl . This article was posted first at HuffingtonPost.com)
-cw
CityWatch
Vol 10 Issue 104
Pub: Dec 28, 2012