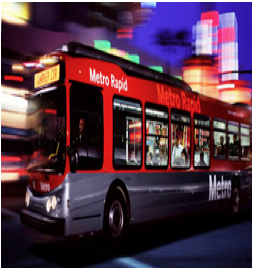 GETTING THERE FROM HERE - 2012 was a year of progress and disappointments for transportation—the 2012 election year had negative campaigning on both sides of the political aisle, and kept (and still keeps) the country hopelessly divided, and we lost Measure J by a tantalizing hairbreadth.  Yet in LA County we’ve seen an extraordinary explosion of progress on current and future rail and road projects that bode well for an exciting new year.
Here are my Top Ten Hopes for Transportation in 2013:
1) Keep the promise of Measure R alive, despite the near-passage of Measure J.  The planning, approval, funding and construction of freeway and rail projects from Santa Monica to the Inland Empire (and everywhere in-between) are still moving forward at historically fast speeds (even if our traffic isn’t).