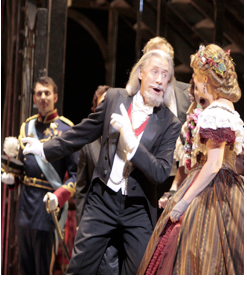 STATE OF LA CULTURE - Back in the good old days, Los Angeles Times music critic Martin Bernheimer used to do an end of year wrap up that he called the Beckmesser Awards. The awards were named after Sixtus Beckmesser, music critic and victim of a humorous portrayal by none other than Richard Wagner. Sadly, Bernheimer doesn't work at the LA Times anymore, but we can look at what the good old days were like, at least in 1994.