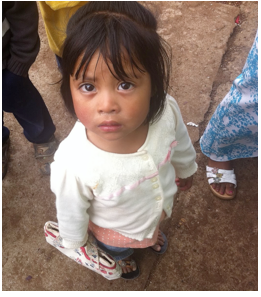 CERDAFIED - The Los Angeles City budget crisis created an opportunity to cut the wasteful spending and prioritize the City’s values and services.

This is actually a good thing.  Our leaders should be deeply concerned about spending tax dollars, as a matter of respect, no matter how full or empty the till is. Woe to us, should they ever return to such wasteful spending.
In the best of times we shirked our spiritual duties to each other, allowing hunger and homelessness to flourish.  Our values were tested and we failed the grade. Hunger will never be eradicated until each city owns the solution. We have a real opportunity to make Los Angeles the most compassionate place to live in. We can feed our hungry if we start by following an existing model.
Brazil’s fourth largest city, Belo Horizonte, had 20% of its 2.5 million people going hungry. Changing this took one important step. They declared food a right of citizenship. In 1993, a new administration came in with new ideas and a will to make moral changes.
Creating a new city agency, Patrus Ananias, the new mayor, assembled a 20 member council with regular citizens from businesses, churches, and non profits, much like our neighborhood councils, and they recommended and designed a food delivery system. To assure everyone the right to food, they were innovative, and cured more than the hunger problem:
• Farmers were given choice locations to sell to consumers directly.
• Farmers sold at wholesale price, increasing their profitability, which saved farms,  created better production, and helped take farmers out of the poverty cycle.
• Consumers got fresh healthy food.
• The farmers were making double what other farmers earned nationwide.
• Created “People’s Restaurants” that served approximately 12,000 or more people daily, serving mostly locally grown food for less than 50 cents a meal.
• No one has to prove they’re poor to eat in a People’s Restaurant. It serves the budget minded as well the poor. Allowing savings to grow and be reinvested in the city.
• They made city land available to entrepreneurs, to create “ABC Markets” to sell local agriculture.
• The city sets the price of about twenty healthy items, chosen from mostly in-state farmers and store-owners for about two-thirds of the market price. However, all other items sell at market price.
• ABC markets with the best locations must deliver produce via trucks to poor neighborhoods outside of the city center, so everyone can get good produce.
• They Introduced nutrition classes, community and school gardens.
• Federal government contributions toward school lunches no longer served processed or corporate food, mostly whole foods from local farmers.
• Partnering with a local university, they surveyed the market for the 45 most common household items and post the cheapest prices online, on television and radio, and in newspapers.
Belo’s food security initiatives not only created access to food, but it created a new viewpoint that embraced “food dignity”. They erased the stigma of receiving assistance. They also erased the stigma of incompetence by city administrators by finding humane solutions and owning the problem and solution.   The officials became accountable to their people and solutions weren’t stymied by policy dead ends and broken promises.
Belo’s food-as-a-right policy brought about other changes. In the first 6 years, the number of citizens engaging in the city’s participatory budgeting process doubled to more than 31,000. Perhaps it was in response to a responsive city. The community became more invested in the city as the city changed its role.
This new social awareness brought about more changes. Belo Horizonte was able to cut its infant death rate by more than half in only a decade and was the only locality in which consumption of fruits and vegetables increased.
What was the cost of this minor miracle? The cost is less than 2 percent of the city budget, or $10 million annually. It costs Belo residents 1 cent each year. Compassion is affordable, and I am asking our new mayoral candidates: Do you have the courage to make this kind of contribution to Los Angeles?
Will you pledge to create the “food as a right” initiative?
(Lisa Cerda is a contributor to CityWatch, a community activist, Chair of Tarzana Residents Against Poorly Planned Development, VP of Community Rights Foundation of LA, Tarzana Property Owners Association board member, and former Tarzana Neighborhood Council board member.) –cw
CityWatch
Vol 10 Issue 102
Pub: Dec 21, 2012