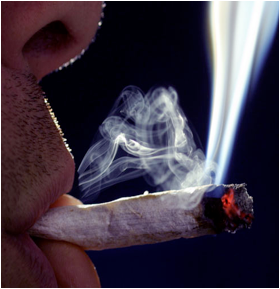 ANALYSIS - Anytime the president answers a question about marijuana and federal marijuana policy, as he did in a recent interview with ABC's Barbara Walters, it makes sense to parse his words.

Four things stand out in ABC's press release about the president's comments.
The first is that he responded in a serious and substantive tone, which contrasted with the jokingly dismissive ways in which he answered questions about marijuana legalization just a few years ago.
The ballot initiative victories in Colorado and Washington gave him no choice this time. Marijuana legalization is now a political reality.
The second was his comment -- highlighted by ABC in its news release -- that recreational users of marijuana in states that have legalized the substance should not be a "top priority" of federal law enforcement officials prosecuting the war on drugs. "We've got bigger fish to fry," he said. That statement is not news. Federal law enforcement officials have never prioritized going after users of marijuana. Obama has said much the same regarding medical consumers of marijuana, but that begs the question of whether consumers will be able to make their purchases from legal or only illegal sources.
The third was when Obama told Walters he does not -- "at this point" -- support widespread legalization of marijuana. The caveat "at this point" sounds a lot like how he responded to questions about legalizing gay marriage - until he finally decided it was time to publicly support it. Obama cited shifting public opinion and essentially made clear that this is not an issue on which he wants to provide leadership so long as public opinion is split and Congress unlikely to do anything constructive.
The fourth, and most substantive, comment was the following: "This is a tough problem, because Congress has not yet changed the law," Obama said. "I head up the executive branch; we're supposed to be carrying out laws. And so what we're going to need to have is a conversation about, How do you reconcile a federal law that still says marijuana is a federal offense and state laws that say that it's legal?" What stands out here are the words about the "need to have... a conversation" and the fact that he is framing the conflict between federal and state law as a question to be resolved as opposed to one in which it is simply assumed that federal marijuana prohibition trumps all.
What remains unclear is whom the president sees as the participants in that conversation. Earlier this week Attorney General Holder said, in response to questions after a speech at the John F. Kennedy Presidential Library in Boston, "I would expect the policy pronouncement that we're going to make will be done relatively soon." All indications suggest that deliberations about the administration's position are being conducted primarily by and among federal law enforcement officials, many of whom appear most comfortable reciting the mantra that "it's all illegal under federal law" as grounds for dismissing any further conversation.
That is why the letter sent last week by Senator Patrick Leahy, chairman of the Senate Judiciary Committee, to drug czar Gil Kerlikowske is especially significant. "What assurance can and will the administration give to state officials involved in the licensing of marijuana retailers that they will not face Federal criminal penalties for carrying out duties assigned to them under state law?" he asked, and then stated that "legislative options exist to resolve the differences between federal and state law in this area and end the uncertainty that residents of Colorado and Washington now face."
Voters in Washington and Colorado did more than just make history last month by voting to end their states' marijuana prohibition laws and attempt instead to regulate marijuana as a legal commodity. They performed a national service by catapulting the national conversation about marijuana policy to a new level of urgency and political significance.
President Obama is right about the need for a conversation. He needs to ensure that federal officials engage in good faith and with due deference to the fiscal, moral and public safety and health arguments in favor of legally regulating marijuana rather than persisting with a costly and ineffective prohibitionist policy.
(Ethan Nadelmann is the founder and executive director of the Drug Policy Alliance, the leading organization in the United States promoting alternatives to the war on drugs. This column was posted at HuffingtonPost.com)
-cw
CityWatch
Vol 10 Issue 101
Pub: Dec 13, 2012