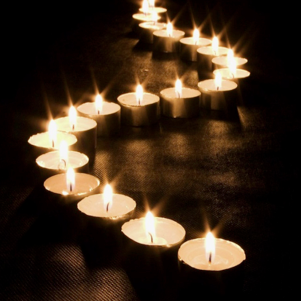 GUEST WORDS - Are we prepared to say that such violence visited on our children year after year after year is somehow the price of our freedom? — Barack Obama, Newtown Address, December 16, 2012
That sentence, uttered by President Obama in his Newtown Address, may turn out to be a turning point in American history. The president, in one sentence, turned the beautiful faces of the 20 first-grade children murdered brutally by assault weapons into the moral measure of our nation.

Conservatives have argued that guns = freedom, and that there should be no limit on such freedom. The president trumped their argument: The price of not protecting the nations’ children is too high. Permitting the mass murder of our children is not freedom.
“It comes as a shock at a certain point where you realize no matter how much you love these kids, you can't do it by yourself, that this job of keeping our children safe and teaching them well is something we can only do together, with the help of friends and neighbors, the help of a community and the help of a nation.
And in that way we come to realize that we bear responsibility for every child, because we're counting on everybody else to help look after ours, that we're all parents, that they are all our children.
This is our first task, caring for our children. It's our first job. If we don't get that right, we don't get anything right. That's how, as a society, we will be judged.”
Democracy, as the President has said, begins with the people taking care of one another responsibly, importantly through government as an instrument of freedom. That how we get our public schools, our roads, our sewers, our patent office, our scientific research, our energy, communication and transportation systems, our food safety, our protectors, and all the rest that we need to be free in our private lives. It is a truth: the private depends on the public. We, all together, constitute the public. Unless we take care of one another and one another’s children, we can't get democracy — and freedom — right.
The gun lobby rests on conservative ideology: Democracy supposedly gives each of us individually the “liberty” to seek our own self-interests with no responsibility for the interests or well-being of anyone else. After Newtown and Obama’s Newtown Address, the whole idea of such “liberty” makes no sense.
The time is ripe to end the conservative grip over nearly half of America. That starts with an all-out effort to put in place responsible gun safety laws. Total registration, just like with cars. An end to automatic and semi-automatic weapons. And an end to blaming massacres on crazies. Gun massacres require guns that can massacre. Eliminate them.
The president set just the right tone. We’re in this together. We bear joint responsibility for one another and all our children. If you accept this, really accept it, you can’t keep conservative ideology, not just on guns, but on anything.
(George Lakoff is the author of The Little Blue Book: The Essential Guide to Thinking and Talking Democratic  (co-authored with Elizabeth Wehling). He is Richard and Rhoda Goldman Distinguished Professor of Cognitive Science and Linguistics at the University of California at Berkeley, and a founding senior fellow at the Rockridge Institute. This article was posted first at CommonDreams.org)
-cw
CityWatch
Vol 10 Issue 101
Pub: Dec 18, 2012