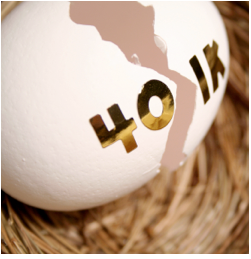 INSIDE CITY HALL - For the past 6 years, this Column has focused on the high cost of personnel mis-management in City government. But the subject of employee compensation has not received much attention. Now, however, that subject is in the headlines.

Recently, the talk at City Hall was all about a plan to put future City employees in a 401(k) retirement system. Former Mayor Richard Riordan started collecting signatures to put that plan on the ballot. And while he’s now given up on his ballot effort, Riordan retains his interest in the 401(k) approach. With that in mind, this column is devoted to a quick look at that system’s track record.
Readers need to know that the quotations cited in this column are taken from the new Hedrick Smith book, WHO STOLE THE AMERICAN DREAM? More specifically, they’re from Chapter 12 of that book, “401(k)’s: Do-It-Yourself” I’ve just received a copy of the Riordan petition, and will do my next column on it. In the meantime, here’s what I learned from Smith’s most recent book.
“When the 401(k)’s came in, there was a sea change, a shift in who was paying for retirement…In the old system, employers put up most of the money—89 percent. The employees contributed 11 percent…Fast forward to the 401(k) system and today, employees are paying…51 percent and the companies, 49 percent.”
“With up to 65 million average Americans now heavily dependent on 401(k) plans, the key question is, How well has 401(k) done for middle-class families?”
“The 401(k) track record is not good. After twenty-five years, the typical account balance was just $17,686 on January 1, 2011, according to the Employee Benefits Research Institute (EBRI), which tracks 401(k) records for 22 million people. The 401(k) nest egg of people in their sixties, who’ve been in a 401(k) plan for twenty years and are nearing retirement is $84,469. The Center for Retirement Research at Boston College puts the figure at $79,000 for those between [55 and 65].”
“Either way, that’s far short of what people will need. Those balances represent less than two years of pay for a typical American family, when average life expectancy for people retiring at sixty-five is seventeen years…”
“The hard truth, according to several experts, is that building the nest egg you need takes much more ambitious savings than virtually any 401(k) plan envisions for employees below executive levels. The best plans typically let employees sock away 6 percent of their pay each year and match it with 3 percent from the company, for a total of 9 percent…But the experts at EBRI told me 15 percent should be the combined target. Vanguard founder Jack Bogle also said 15 percent. Brooks Hamilton, the corporate pension consultant, put the figure higher—15 to 18 percent. ‘Most plans,’ said Hamilton, ‘are half what they should be.’”
“The 401(k) track record to date, said Alicia Munnell of Boston College, has left individuals with three options: save more, work longer, or live on less…”
“The 401(k) system has come under increasing attack from some of its original architects, such as pension consultant, Ted Benna, who’s widely called the father of 401(k).’Now this monster is out of control’, Benna told a Wall Street blog, ‘I’d blow [it] up and start over with something totally different…It just hasn’t worked.’”
“Advocates of the 401(k) style plans …assert that the 401(k) can be made to work if average employees can be pushed to stick to their plans over the long run.”
“But skeptics…consider the 401(k) plan inherently risky. Instead of being a steady, reliable savings plan…the 401(k) has become like a roulette wheel that randomly creates winners and losers.”
The 401(k) system depicted in these quotations would be inappropriate for any civilized society. If that’s what Mr. Riordan had in mind for future City employees, one could hope his proposals will never again be taken seriously at City Hall.
(Samuel Sperling is a City Hall watchdog who writes for the Tolucan Times. Check out other writers and reporters … including Greg Crosby … at tolucantimes.info) You can reach Samuel Sperling at: samuelmsperling@yahoo.com.) –cw
CityWatch
Vol 10 Issue 99
Pub: Dec 11, 2012