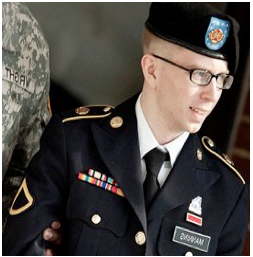 CONSIDER THIS - Whatever one’s views about his alleged actions, you would need a pretty hard shell not to be moved by the case of Bradley Manning. Hero to some, traitor to others, this diminutive soldier has endured an unprecedented level of mistreatment, languishing in a largely incommunicado pretrial state for more than two years and facing repeated episodes of humiliation and degradation.
Compounding this case is Manning’s status as a gay solider, for which he had experienced repercussions well before gaining international notoriety as a purported WikiLeaks source for some of the whistleblowing site’s most damning allegations about governmental and military machinations around the world.