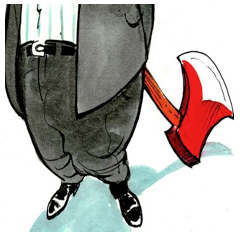 BONC REPORT - I thought the speaker cards would never stop coming; then I realized that meant there were NC members present who wanted to weigh in on issues being considered by the Commission at its meeting last Monday.

At that meeting we let Interim GM Grayce Liu know we heard her when she spoke about EmpowerLA’s budget.  As I noted in my last Commission report the department, along with the rest of the city was asked to submit a budget that took into account a 10% cut; the equivalent of losing 3 to 4 positions for the Department.
We heard Grayce when she told us not only could the Department not stand any further cuts, the budget she submitted showed where it needed an increase in a number of positions in order to properly carry out its core functions, remain viable and have some flexibility.  The Commission unanimously voted to communicate with the Mayor and the City Council that we stood behind the Department’s request and that we urged them to not only forego any further cuts but instead to grant the modest increase requested.
At the same time we all agreed with NC members who spoke Monday afternoon letting us know that NCs had also been cut too far.  No where, we were told does the city get more “bang for the buck” than with neighborhood councils.  All you need to do is look at the value of the volunteer time that goes with the expenditure of NC dollars to see how much the city gains; hearing that the Commission voted to urge the Mayor and the city council to restore full funding to the NCs.
Suggestion – What would happen if many individual NCs submitted letters, emails and CISs supporting the Commissions position?
CM Huizar’s motions were again up for discussion by the Commission.  The hot button issue is what to do with the factual basis stakeholder.  The Commission currently has a policy that urges NCs to set aside at least 1 board seat or some other number not to exceed 10% of the board for factual basis stakeholders.  Some NCs realized the wisdom of that policy after the start of elections when it was too late for them to make any further bylaws changes.
Two sides have emerged regarding the factual basis stakeholder (three if you count those who want to do away with it).  The first is to have NCs change their bylaws or, if the Charter allows it, change the Plan to limit the number of factual basis stakeholders that can be seated on an NC board.  We heard from NC members that a mandated solution  would impinge upon the independence of NCs.
The other solution would be to formulate a definition of factual basis to make it more than just having coffee at the local Starbucks.  If you’ve been around long enough to remember the first Plan it had a long list of activities NCs were encouraged considering if they wanted to expand the definition of who was a stakeholder.
All of the suggested categories indicated a substantial tie to the community; something not as transitory as stopping to shop at the local super market.   The Commission looks forward to working with the NCs, the City Attorney, DONE and members of the city council on a solution for this issue.
CM Huizar’s other motion asks what should happen when a group of stakeholders, bound together by specific geography or history want to form a new NC from part of an existing one.  While the Commission has a policy to prevent an NC from “orphaning” an area by asking for a boundary change that would exclude a current part of their NC, there seems to be no specific policy in place that for subdividing an NC.
One of the last things the Commission considered was how NCs should be treated when they appear before commissions, boards, committees and even the city council itself.  We heard from speakers that it’s time NCs were recognized for what they are; members of the city family that often have important things to say.
In future meetings with members of the city council and the Mayor’s office we will be putting forward the idea of giving  official representative of an NC that has taken an position on a matter 5 minutes to do a presentation.  The idea is that this would not merely be additional speaking time during public comment, but rather a time set aside specifically for NCs that had notified the commission, etc of their desire to make such a presentation.
Remember, if you want to comment on a matter before the Commission or want to bring an issue to our attention, but you can’t make to one of our meetings, send an email to [email protected] or a fax to DONE at 213.978.1751.
The next Commission meetings are currently scheduled for Tuesday, December 4th 6:00 pm at the Harbor City-Harbor Gateway Library, 24000 South Western Ave, Harbor City and downtown on Monday, December 17th 1:00 pm in Room 1050, 10th floor City Hall, 200 N. Spring Street.
(Len Shaffer is Vice President of the Board of Neighborhood Commissioners.)
-cw
CityWatch
Vol 10 Issue 94
Pub: Nov 23, 2012