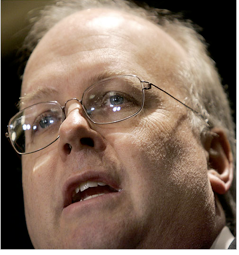 News Item:  “I’m shellshocked that Mitt Romney lost.”
Comment:  You were only surprised if you watched too much Fox News, and subscribed to wishful thinking more than science.  It was math and science that allowed statistics geeks at all the television networks, including Fox News, to declare that President Obama had won the key state of Ohio within minutes of each other, and causing Republican operative Carl Rove to meltdown on live television.

News Item:  “Only 51% of the voters favored Obama.  That’s weak.”
Comment:  We elect presidents using the Electoral College not the popular vote.  If the rules had been different, the strategies would have been different.  For ex ample, if we had been using the popular vote method, Obama would probably have put more resources into to turning out Californians.
In the end, he collected 62% of the electoral votes.  And his percentage of the popular vote was greater than that of the winners of eight of the last 13 elections.
News Item:  Councilman Paul Krekorian complained that it took the Office of the City Attorney 11 months to draft an ordinance he proposed.  The City Attorney blamed staff reductions.
Comment:  A partial solution is for the City Council to request fewer written reports from the City Attorney’s office, and accept more verbal ones.  The same people on the office’s civil side who write ordinance language also write reports.  When affected by cutbacks, it’s time get more efficient.
News Item:  In an attempt to reduce the number of robocalls, the Federal Trade Commission has offered a $50,000 bounty to the person(s) who comes up with the best way to block the annoying automated telephone calls.
Comment:  Now there’s a great idea for Los Angeles city government.  Pick a problem, and use the expertise and creativity of the public to help solve it.  In the process, the city may get several other ideas for free.  The alternative is to continue to rely upon city employees who too often have their ideas watered down or buried by timid managers.
News Item:  Former Los Angeles City Councilman Art Snyder passed away.
Comment:  His place in city history will probably be defined by scraps with the law, and his unique way of getting things done in the 14th district.  But members of the LA City Council enjoy the largest staffs in the nation because of Snyder.
In the ‘60s, council members had just a deputy and secretary on staff.  Former City Councilmember Joan Flores was one of those.  Their office expenses were imbedded in the City Clerk’s budget.
One day Snyder told the City Clerk that he wanted to hire two additional deputies.  He knew that if he could create at least the perception to constituents that he was responsible for the delivery of services, he’d have a better chance to get re-elected.  It worked, and other council members wanted additional staff too.
Impressively, Snyder used his staff to do something that no one has done since, and I don’t know why.  He had his staff drive through neighborhoods and record the addresses of houses that were well kempt.  Using property records, he’d get the property owner’s name and send each one a personally signed letter congratulating them for being good neighbors.
If his staff found a crappy property, he’d notify the appropriate departments and send copies to the neighbors.
Even during election time, when was the last time you heard of anyone getting a letter from their city council member thanking them for making life better?
It’s apparently a lost Art.
(Greg Nelson is a former general manager of the Department of Neighborhood Empowerment, was instrumental in the creation of the LA Neighborhood Council System, served as chief of staff for former LA City Councilman Joel Wachs …  and occasionally writes for CityWatch. He can be reached at [email protected])
-cw
CityWatch
Vol 10 Issue 92
Pub: Nov 16, 2012