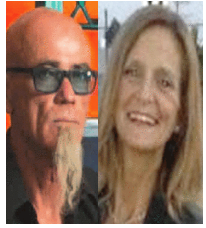 MY TURN - I drove by the house where it happened, just around the corner from where I live in San Pedro, not knowing what I was looking for. I don't know if I just wanted to be drenched in more sadness. Or if I just was looking for his kids, who are really adults now, but to me they are still kids. Nice kids.
I know both of them.