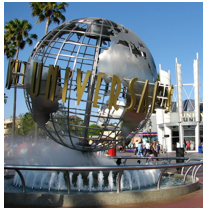 HOLLYWOOD - Los Angeles’ Neighborhood Councils have now been around since the late 1990s and there are now 95 of them. Some have been part of the system from the beginning and some are new to the city’s family. But all of them have to follow city and state laws as well as their own bylaws.

So why is it that some NCs in Hollywood don’t grasp that idea that they are not here to please individual board members, individual stakeholders or individual businesses? Is it really that hard to follow simple rules that even the LA City Council has to follow?
In Hollywood we have six Neighborhood Councils: Central Hollywood (CHNC), Hollywood Hills West NC (HHWNC), East Hollywood (EHNC), Greater Griffith Park (GGPNC), Hollywood United (HUNC) and Hollywood Studio District (HSDNC).  CHNC was one of the first ones certified and currently is one of the NCs that do not like to follow the city’s posting requirements for Neighborhood Councils.
The citywide plan requires that NCs post at a minimum of five posting locations and these locations are listed on most, if not all, agendas of this NC. So it should be pretty easy to find out what is going be discussed at an upcoming NC meeting, right? Wrong! Information about the CHNC meetings is very hard to come by these days.
First they don’t post online much and second, one can never find any of the posted agendas at their listed locations.
Community stakeholders were in for a shell-game when they went ahead on Sunday, November 11, 2012 to find the CHNC PLUM Meeting agenda for its Monday, November 12, 2012 meeting. The locations listed on an older agenda might give you the names of the places and the address that goes with it, but once you got to the Frances Howard Goldwyn Library at 1623 Ivar Ave for example you wouldn’t have been able to see the agenda even if the gate to the main door was open. Yes, the gate was closed and hence the agenda was inaccessible if it was even posted.
(Read the rest of Ziggy Kruse watchdog report here)
-cw
CityWatch
Vol 10 Issue 92
Pub: Nov 16, 2012