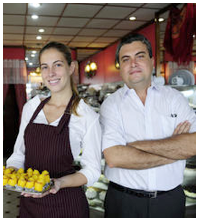 ANALYSIS - Who lost the most in economic terms Tuesday? Certainly energy companies now face a potentially implacable foe — and a re-energized, increasingly hostile bureaucratic apparat. But it’s not them. Nor was it the rhetorically savaged plutocrats who in reality have been nurtured so well by the President’s economic tag team of Ben Bernanke and Tim Geithner.

The real losers are small business owners, or what might be called the aspirational middle class. The smaller business — with no galleon full of legal slaves pulling for them — will face more regulation of labor, particularly independent contracting. There will be more financial regulation, which is why Romney’s top contributors were all banks.
Small businesses will also face challenges associated with Obamacare, which now will sail on unchallenged. Health care costs are expected to go up 6.5% per employee. Some 58% of businesses say they will shift the costs to their employees. Many owners will face a higher individual tax bill: couples making $250,000 or more and singles making $200,000 or more will pay a 3.8% Medicare tax starting 2013.
All this is troubling, as American start-up rates are already falling. Much of what happens now occurs not from a great hunger to succeed as a desire to maintain. Outside of the inherently entrepreneurial immigrant classes, the only group of Americans starting business more than before are the fifty somethings and above. Many of these may simply be former employees of larger firms, now doing work sometimes in the same industry and even for the same company.
Business owners feel under attack. Gallup reports that, of all professions, those who own or operate their own business dislike President Obama the most.
So what happens now? As an employment engine, small business will continue to hobble given the expected renewed regulatory onslaught. In the blue states, this may come from local authorities, but everywhere from the increasingly powerful federal bureaucratic class. But there may be growth still in the individual proprietor class. For some of them Obama has cut health care costs and start-up costs and increased deductions. And if you take on no or few employees, many of the most difficult mandates will be less onerous.
In the next few years, entrepreneurial America will morph increasingly into what might be called “the 1099 economy.” Every state in the union has gained these kinds of jobs, which include everything from a handyman to a physicist for rent, even those still way behind their 2007 employment.
This is occurring in both red and blue states. But increasingly it may become the best strategy to survive in the renewed blue America. If you can’t beat them in a stifling regulatory environment, you look to stay under the radar. No surprise then that self employment now accounts for the highest percentage of the workforce in the bluest of states. California, for example, ranked fourth, behind just Vermont, Maine and Montana.
Obama’s victory, to be sure, places new barriers in front of entrepreneurs of all kinds. But it will not kill off the entrepreneurial spirit, even if it increasingly occurs in an old closet or at the kitchen table.
(Joel Kotkin is executive editor of NewGeography.com and is a distinguished presidential fellow in urban futures at Chapman University, and contributing editor to the City Journal in New York. He is author of The City: A Global History. His newest book is The Next Hundred Million: America in 2050, released in February, 2010. This piece was most recently posted at newgeography.com)
-cw
CityWatch
Vol 10 Issue 91
Pub: Nov 13, 2012