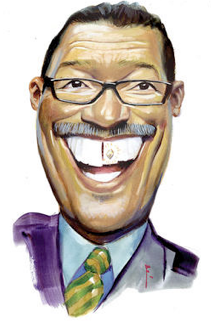 LA WATCHDOG - Rather than make the tough decisions involving Structural Reform of the City’s wobbly finances and inefficient operations, on Tuesday, November 13, the Herb Wesson led City Council is expected to “kick the can down the road” once again by placing a measure on the March ballot which, if a approved by a majority of the voters, will raise up to $215 million from hard pressed Angelenos by increasing the City’s sales tax by a half cent to 9½ %
The new rate includes the recently approved “temporary” quarter cent bump in State’s sales tax authorized by the recent passage of Proposition 30, Governor Brown’s Sales and Income Tax Initiative designed to reduce, at least in part, the State’s General Fund’s $16 billion deficit.