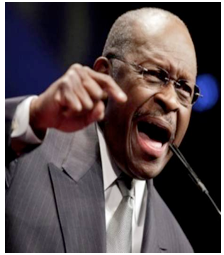 POLITICS - It’s been just a matter of hours since the polls closed and already the first shots in an emerging civil war within the conservative movement are being fired. Right-leaning pundits have been taking turns beating up on Mitt Romney and blaming him for the loss last night.

Donald Trump just tweeted, “Congrats to @KarlRove on blowing $400 million this cycle. Every race @CrossroadsGPS ran ads in, the Republicans lost. What a waste of money.” And GOP leaders are already taking to the barricades on either side of the divide, which basically comes down to this question: Were Romney and the GOP too conservative or not conservative enough?
Steve Schmidt, a top Republican strategist who ran John McCain’s 2008 campaign, invoked the term on MSNBC this morning. “When I talk about a civil war in the Republican Party, what I mean is, it’s time for Republican elected leaders to stand up and to repudiate this nonsense [of the extreme right wing], and to repudiate it directly,” he said.
But on the other side of the fight, Herman Cain, the former presidential candidate who still has a robust following via his popular talk radio program and speaking tours, today suggested the most clear step to open civil war: secession. Appearing on Bryan Fischer’s radio program Wednesday afternoon, Cain called for a large faction of Republican Party leaders to desert the party and form a third, more conservative party. (Read the rest here.)
-cw
CityWatch
Vol 10 Issue 90
Pub: Nov 9, 2012