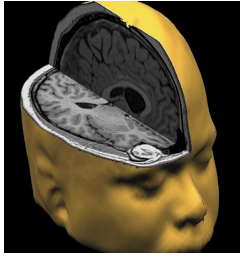 ELECTION 2012 - This year’s election is about undecided voters, but how do such voters decide?
Conventional wisdom (and a large body of research) holds that undecided voters have a distinct profile. They know less about politics, pay less attention to political news, and vote less reliably than partisans. When and if they make up their minds, they often (according to numerous studies) make decisions for reasons they themselves do not understand. But we can still deduce and predict a few things about how they’ll behave on Election Day.

Before we look more closely at this group of voters, let’s remember that human beings are mysteries to themselves. We are not expert at predicting our own behavior or understanding the source of our beliefs. In the past 30 years, social and cognitive psychologists have gotten closer to decoding these mysteries, especially through the study of what they term “implicit attitudes”—associations that are held non-consciously and come to mind automatically. These associations drive people’s behavior in many common situations. They matter most—and even trump our conscious attitudes and beliefs—when we decide impulsively, get distracted, feel pressed for time, experience strong emotions, or consider a topic only superficially.
The notion of non-conscious attitudes helps explain the actions of voters on the fence. For example, many people who declare themselves politically independent prefer one party to the other and tend to support that party’s positions; in practice they are indistinguishable from partisans. Recent research by psychologist Brian Nosek and his student Carlee Hawkins shows that even “pure” independents—those who deny a party preference even when urged to express one—hold non-conscious preferences. Without realizing it, they have more positive associations with one of the two parties, and those associations lead them to favor that party’s policies. Again, this takes place without their awareness; they believe that their preferences are based on the policies they consider, when in fact their non-conscious affinity for political parties colors their judgment.
Because these non-conscious associations are by definition hidden from us, we cannot detect how they might bias our decisions. For example, we usually think of our beliefs as being fairly consistent over time. Similarly, the act of voting feels free, a choice stemming from our beliefs, planned in advance and executed in the voting booth. But, as noted above, our beliefs aren’t that consistent, nor is voting that free of a choice.
The non-conscious is stronger in election contests about which we know less, such as Congressional races and most ballot questions, which could be called “peripheral” elections—or what in politics get called “down ballot” races, referring to the candidates and ballot initiatives that appear beneath the presidential candidates. People usually have less well-formed opinions about peripheral elections (they’ve shown up to vote for the big names, like Romney and Obama), and it’s in these races that non-conscious beliefs occupy the driver’s seat.
Take this year’s California ballot, which asks me to consider state assembly candidates, district attorney candidates, 11 state ballot propositions, and various city and county ballot measures. How many voters have thought about all of these issues in depth? Under such circumstances, decision-making becomes malleable, subject to influence by gut feelings, momentary whims, and incidental cues. I found such an effect on a ballot measure in South Carolina in 2006: voters who cast ballots in churches were more likely to support an amendment defining marriage as between a man and a woman. The same vote-in-church effect could be seen in a 2004 South Carolina congressional race between a Christian conservative Republican and an incumbent Democrat.
(Don’t forget: voters are assigned to polling places, so we can rule out the idea that churches would draw a higher percentage of religious voters than fire stations would.) Similarly, Arizona voters casting ballots in schools were more likely to support a ballot measure that raised taxes to boost school funding. More recently, psychologist Silvia Galdi and her colleagues examined results of an Italian referendum and found that non-conscious preferences predicted future attitudes more strongly than did conscious preferences.
Fortunately, we’re less hopelessly irrational when it comes to central elections. Research published this summer by psychologist Malte Friese and colleagues examined the 2008 United States presidential election and the 2009 German national parliamentary election (which served as a de facto election for chancellor). In these contests, conscious attitudes—explicit expressions of how a person felt about a candidate—predicted voting behavior far more strongly than did non-conscious attitudes. That’s because voters in central elections have months to consider the candidates, listen to debates, and familiarize themselves with policy positions, while the media devotes far more space and time to these elections.
So what does that mean for Election Day this year? First, “independent” voters aren’t all that independent; they lean toward one party or another more than they admit—more, even, than they know. Second, if you’re a down-ballot candidate or initiative backer, hope that the color of the room, the weather on Election Day, and other superficialities will play to your advantage. That’s because votes on peripheral issues and candidates are subject to external influence until very late in the game, even in the voting booth itself, and are often decided entirely on a whim. Third, the result of the presidential election is probably already determined: we just don’t know it yet.
You may at this point be wondering—if alleged independents are really disguised partisans, and undecided voters’ decisions depend mostly on their conscious beliefs and are resistant to change—why anyone should bother to barrage swing-state voters with advertising. Isn’t it just a giant waste of money? Sadly for TV watchers, no. Although people have already decided between Obama and Romney, one crucial behavior still hangs in the balance: whether or not to vote at all. Hit people in Nevada, Ohio, and Florida with the right advertisement and you may succeed in inspiring them to get to the polls—as opposed to leaving them merely disenchanted by mudslinging.
Romney and Obama both believe they’ve won the hearts of those stay-at-homers, if they’d just leave the home. And thus the saturation bombing of the airwaves must continue.
(Abraham M. Rutchick is assistant professor of psychology at California State University, Northridge. This article was posted first at zocalopublicsquare.org … connecting people and ideas.)
-cw
CityWatch
Vol 10 Issue 89
Pub: Nov 6, 2012