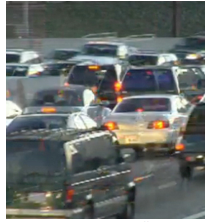 ALPERN AT LARGE - In my last CityWatch article, I acknowledged that the initiative process was daunting, and more than a bit scary to tackle so many big issues at once. That said, I concluded that we’re all big boys and girls, and we can handle these many initiatives either by exploring all the issues and deciding accordingly, or by voting no on everything, or even by not voting on measures we don’t feel comforting weighing in on.

So I deeply resent the hit piece by LA Times “business columnist” Michael Hiltzik on our initiative process. I respect libs and cons who weigh in on matters with either a liberal or conservative bent, but for some reason the Times seems to believe that he’s worthy of the tradition that Tom Petruno and others once had in the Business Section—they analyzed, not proselytized, and dealt with the issues, not just promote their personal social and political beliefs.
Ah, well, so the Times staff must wonder why they can’t be another major national newspaper, and why their credibility on certain issues keeps falling.  But this initiative process isn’t about Hiltzik…it’s about us.  Yes, the amount of money spent on initiatives and political races can be distasteful…but politics, in general, can be deeply distasteful—and it almost always is.
So with the exception of the blueblood Democrats and the redhead Republicans, and with a growing number of statewide and national independent voters, most readers would probably say, “Tell me something I don’t know, dummy!”  Politics is ALWAYS between Obnoxious Force #1 versus Obnoxious Force #2.
For example, the Yes on 30/No on 32 folks have obnoxious public sector union thug money behind their efforts, and they have a giant boot on the necks of taxpayers and employers in our state…but we need education, police, fire and other state priorities to be appropriately funded.
Yet the No on 30/Yes on 32 folks have obnoxious corporate sector lobbyist money behind their efforts, and they continue to seek special deals and exceptions to paying their fair share of taxes to the state budget, and hurt taxpayers in the process…yet we need employers, and our state is so business-unfriendly that it’s painfully hurt our employment numbers.
My own take is that we’re not even close to ending the reform process in Sacramento, but we need to fund the “twin towers” of education and transportation.  For too many years, we’ve been represented by a Legislature that is too beholden to the public sector unions (particularly the educational and prison guard unions), and which has gone into such a left-wing and anti-business mode that we’ve virtually exiled the forces that once built California into the most promising state in the union.
Hence my support to vote for Proposition 38, which sends money to the classroom and bypasses Sacramento—there would still be short-term pain for education this year, but (again), Sacramento is NOT done with its reform processes, and certainly public education is NOT done with its reform processes, and I believe that passage of Proposition 30 would enable the wrong forces in Sacramento to avoid doing that necessary reform.
So it’s not that I and others have a wild-eyed, Grover Norquist-like opposition to any and all new taxes, because sometimes they’re needed…but the big question is:  ARE OUR TAXES GOING TO BE SPENT WELL, AND IN A TRANSPARENT MANNER, TO THE SATISFACTION OF TAXPAYERS?
I don’t always agree with Governor Jerry Brown, but he’s certainly more willing to limit-set and work to balance the budget than the Legislature…yet even he hasn’t had the courage to do everything he could to reassure California taxpayers and both existing and potential employers.  It’s hoped that whether Proposition 30 passes or fails, he’ll not stop with the reform so desperately needed in Sacramento.
And without jobs, we’ve got no future, and no ability to fund or build anything.
Hence, my absolute and full-throated support for County Transportation Measure J, which extends the half-cent sales tax enacted by Measure R for another 30 years (and with no hike of existing taxes whatsoever).
Measure J not only enables our county to borrow against future revenues to expedite overdue rail, freeway and other infrastructure projects, but it allows us to continue with the planning and funding of other needed projects beyond the list of Measure R projects—because we’re many decades behind on our transportation infrastructure.
It means that whatever negligence Washington and Sacramento will display towards transportation, L.A. County will save itself, and create both hundreds of thousands of short-term construction jobs while (of much, much greater importance) establishing the county as one of the leading job creation centers in the nation because of the enhanced mobility for those who live and commute in and around our county.
It means that while Metro is diligently working on receiving matching federal funds for both the Westside Subway and Downtown Light Rail Connector (the “other subway” that connects our four light rail lines Downtown to each other), we have the immediate funds to keep the process from planning to construction as smooth as possible.
It means that we can plan and build a Downtown with the jobs and affordable housing that is appropriate to modern urban planning, rather than create a landscape of “multiple downtowns” that can only lead to more gridlock and decreased quality of life.  Whether it’s Eli Broad or AEG, the philanthropists and builders of our county favor Measure J.
And both liberal and conservative newspapers throughout the county favor Measure J, as do the majority of our elected political leadership.
(And while those politicians publicly opposing Measure J won’t openly admit it, they all stand to significantly benefit from passage of Measure J!)
So let’s not let our initiative process, as imperfect as it is, get in the way of excellent measures such as Measure J, which is one of the rarest examples of cost-effective spending and transparency that we’ve ever seen in recent years.
(Ken Alpern is a Boardmember-Elect of the Mar Vista Community Council (MVCC), previously co-chaired its Planning and Outreach Committees, and currently is Co-Chair of its MVCC Transportation/Infrastructure Committee. He is co-chair of the CD11 Transportation Advisory Committee and chairs the nonprofit Transit Coalition, and can be reached at [email protected] He also co-chairs the grassroots Friends of the Green Line at www.fogl.us.   The views expressed in this article are solely those of Mr. Alpern.)
-cw
Tags: Ken Alpern, Alpern at Large, initiative process, California ballot process, election, Prop 30, Prop 32, Measure J
CityWatch
Vol 10 Issue 89
Pub: Nov 6, 2012