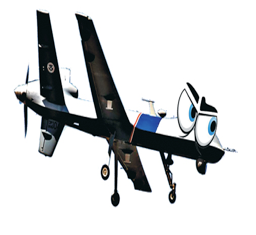 MY 2 CENTS - You would think politicians would run out of things to legislate in the 225 years since the constitution was written. It could explain the empty congress chambers hankering for moral debate. Then again, who could have predicted that legislatures would be turning their war technology against their own people? James Madison warned, “The means of defense against foreign danger historically have become the instruments of tyranny at home.”

These new weapons of war, no longer represent the safe return of our loved ones. We know that war cannot be expedient, if it is perpetual. It’s just in a new geographical location and with a new false enemy, for a new hidden and profitable agenda.

The atrocities of war are not left on foreign land, for what leaders justify there, leaders can be easily persuaded to do here. If one can be convinced that war is necessary, one can be convinced that liberties are expendable. James Madison advised his countrymen, "It is proper to take alarm at the first experiment on our liberties. We hold this prudent jealousy to be the first duty of citizens …" America is experimenting with your freedom!

Patrick Henry gave a stronger recommendation. "Guard with jealous attention the public liberty. Suspect every one who approaches that jewel. Unfortunately, nothing will preserve it but downright force. Whenever you give up that force, you are ruined.”

Here, Henry has tied war and liberty to each other. Under duress, when freedoms are stolen, it is easy to grab the sword first, leaving the solution at the door.

And this from an unknown but eloquent author: "Unless the mass [of people] retains sufficient control over those entrusted with the powers of their government, these will be perverted to their own oppression."

It won’t take too much elbow bending to sell you on the idea of using drones in American backyards.

This is not like selling ice cubes to Eskimos; this is like selling candy to children. Lobbyist can provide myriad uses, all beneficial, and if our government were to be trusted, surely it would be a good idea, right?

So what are benefits to having drones flying across American skies?

•    Law enforcement can locate suspects with the spy technology on the drone.
•    The FBI and Drug Enforcement can use them to slow the flow of drugs.
•    U.S. Customs and Border Protection could use them to search for illegal immigrants/smugglers
•    Local police can use them to find missing people, hikers, children, and animals.
•    Spotting wild fires by the fire department.
•    Crowd Control

Actually, they have already been used in the United States along our borders and to find missing cows with the suspected cow thieves. Are you feeling better yet? Even though no one has considered the loss of privacy, guaranteed by the constitution, the government keeps taking liberties. But what else would a government do when it no longer feels the need to go to congress to declare war, and gets away with it. Where were our impeachment proceedings?

The Federal Aviation Administration must allow the drones in our airspace, due to Obama’s newly signed federal law on February 14th of this year. Happy Valentine’s, Obama loves you!

Drone manufacturers are elated about the anticipated 5.9 billion dollar opportunity here at home in the states. Next year they expect profits to double. Too many public officials have profiteered from war. It is why war becomes the only solution.

Particularly when new technology is unveiled, public officials with inside information invest and promote its usage while profiteering. General Atomics PAC, the drone manufacturer, created a drone caucus, and fifty five members of the House of Representatives are part of it. In this election, $57,250 was given to Senate members, and $153,250 was give to the House members by General Atomics PAC. To see list of members click here. Clearly, our representatives have an incentive to implement use of drones in myriad ways,

Take a look at the contributions to public officials.

What are their capabilities? Take a gander at this laundry list:

They come in various sizes, from nano-sized drones to massive warships. They are piloted by remote control and are unmanned.

With rapid speed, our legislators are moving drones into our daily lives, through public, private, corporate and government means. It is estimated that by the year 2020, we will have 30,000 drones invading our skies. The "land of the free” will become the “sky of the oppressed”.

The US federal authorities have been forced to reveal 63 launch sites across America due to a landmark Freedom of Information lawsuit brought by Electronic Frontier Foundation. Although the locations of the launch sites have been revealed, the type of drones in service has not been revealed. There are 21 drone manufacturers presently.

America already has the highest incarnation rate in the world. We churn prisoners out, recklessly disregarding the nature of the crime, and then spend billions for drones, to catch criminals you can’t afford to incarcerate. This qualifies as government planning.

Privacy is under constant attack.  Since 9/11 our greatest threat was not from terrorism, but from government and corporate board rooms trying to exploit fear and test your willingness to surrender your freedoms, lock, stock and barrel. But I say to you, it is far easier to protect what you already possess, than to try to regain what has been stolen.

The Association for Unmanned Vehicles International is a lobbying group that is in 55 countries and has 507 corporate members. They are responsible for the language of the FAA bill which mandates that drone technology implementation be accelerated.

Americans are preconditioned to expect the government to act at a glacial pace. But just as Americans have learned to adapt and use the internet to organize and petition our leaders more quickly, our leaders have learned to act more hastily and ask questions later. It’s unfathomable that a job so steeped in patriotic tradition and honor, be so desecrated by the elected.

No doubt legitimate uses exist but long gone are the days when we pinned our faith on the character of law enforcement and political leaders. Nothing is clearer than the need for citizens to exercise their First Amendment rights. Drones or no drones.

Blueprints have been created for NUCLEAR powered drones. Not solar … NUCLEAR! This could increase the time spent in the air, from days to months. A crash would be catastrophic, and highly likely considering that we crash military aircraft with regularity, carrying nuclear weapons. In fact, several aircraft went missing and was never recovered.

Some people say that we are past the point of no return when it comes to drones in America. Currently, 56 government agencies, 22 law enforcement agencies and 24 universities are authorized to use drones.

The horses are out of the barn, so to speak. But I say, send out the cowboys and round them up.

There is no place in America for them. Our constitution prohibits this invasion of our privacy and no technology may abridge our rights, for any reason, on any day.

(Lisa Cerda is a contributor to CityWatch, a community activist, Chair of Tarzana Residents Against Poorly Planned Development, and former Tarzana Neighborhood Council board member.) –cw