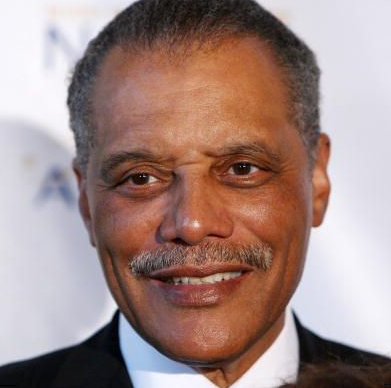 NC VOICE - I have just returned from the first of four regional Special Meetings, called by Mr. Bernard Parks, the new Chairperson of the City Council’s Education & Neighborhoods Committee.

Mr. Parks began the meeting by offering the attendees the opportunity to dialogue with him on issues that concerned them.  There would be no time limits … no “Thank you, next speaker” … and there was active cross-questioning on a wide variety of topics.

It appeared that … at last … the Neighborhood Council Active Stakeholders (NCASHs) would have a chance to fully air and fully discuss their concerns with a receptive elected City Official.

Definition of a NC Stakeholder

The first speaker, an over-anxious Dr. Wiseman,  said that the original definition of the NC Stakeholder definition, “…lives, works or owns property …” plus a “shopping list” of other options, stated in the “original Plan (Enabling Ordinance)” had been modified to “…lives, works or owns property and/or affirms a factual basis…” for an interest in the NC.  He said that the “applicant” should be given vouchers proving that he/she had attended meetings and/or participated in NC activities before he/she should be allowed to vote in a NC election.  His emphasis on a NC-based process that confirmed the “affirmation of a factual basis” by the Stakeholder-applicant was largely ignored by others concerned that the basis could be as meaningless as bringing a receipt from a local coffee shop on the day of an election.

A series of speakers commended Paul Krekorian, the previous E&N Chair, for his town hall meetings and the creation of four Council Files (proposed Ordinances) to reform NC activities:

The requirement for regular (monthly) review of every NC’s financial transactions has not
been met because:

a.  There is no unified reporting system.  A computer-based accounting system would be
easy to create and far more efficient than the current methods.

b.  DONE’s staff is limited and DONE is falling further and further behind in their tasks.

c.  The offerings of the NC Treasurers (many of whom are qualified accountants and
bookkeepers) have not been translated into a real, active program.

2. Plans for an IMPROVED TRAINING PROGRAM (C.F. #11-1017) for NC Board Members
and Stakeholders have never been translated into a real program.  DONE has not yet
presented its proposal for a Training Program.

a.  There were great expectations of a global set of educational opportunities for all NC
Stakeholders during the tenure of Dr. Carol Baker Tharp as the DONE GM.  Shortly
after Dr. Baker’s death, the DONE-based “NC training programs” were renamed the
Dr. Carol Baker Tharp Academic Institute.  A group of academics and other active,
concerned NC Stakeholders went to DONE and offered to establish and, if approved,
administer a NC-focused curriculum with educational goals validated by a formal
evaluation system.

3.  Receiving and fairly resolving Stakeholder’s COMPLAINTS & GRIEVANCES
(C.F. 11-1018) is still a major issue.  It is generally agreed, that the current “system” in which
a Grievance against a NC Board is adjudicated by that Board, is improper.  Procedures
which involve mediation and then impartial “finders of fact” were first presented to E&N in
2003.  Another set of recommendation has been prepared in the last few years by the
DONE-sponsored NC GREIVANCES TASK FORCE.  Implementation of any such plans
awaits a system of NC Governance to support It.

4.  DONE was requested to develop proposals for a  new system of NC GOVERNANCE based
in SEVEN NC REGIONS (C.F. #11-1019) but their proposals are not public, yet.  This issue,
more than any other, focuses on the limits of DONE to act in support of the NCs.  All present
recognized and many spoke of the decreased funding, the decreased staff and the lack of
consistency in DONE’s efforts regarding the NCs.

The last NC Elections were held in 2010, administered by the City Clerk, at the cost of $ 1.4 million.  Additional funding, which was to assist in publication and general community outreach were withdrawn as an economy measure.  More recently, the City Council voted to delay the next NC Elections to 2013 or even 2014.  Current Board Member’s terms of office have been increased from two to four years.  This may result in bulk resignation of NC Board Members and their replacement by appointment from those who remain.  That denies the public’s right for opened or representative Board Members.

Although the mechanics of holding elections and counting the votes was done more or less effectively by the City Clerk, the participants favored returning the responsibilities for elections to the NCs, themselves … and soon.


NCs role as ADVISORS moves on being ADVOCATES

The NCs were created to increase the public participation in Los Angeles City Government.  The  Charter and the Plan both define the two main activities of the NCs as (1) the improvement of the Quality of Life in their Community and (2) an “ADVISORY ROLE” for our City’s Government.

Perhaps, nowhere has the advisory role been expanded as much as it has in the NEIGHBORHOOD COUNCIL BUDGET ADVOCATES.   The Mayor calls these NC-elected representatives to advise him on his budget preparations, each year,  In the past 3-4 years, these NC representatives, dug into and processed so mu City Budget material that the Mayor said they were no longer “the Mayor’s NC Budget Advisors” but the “NC’s BUDGET ADVOCATES (NCBAs).”  They were the first NC representatives to give formal testimony (not just 1-2 minute Public Comment) at a formal City Meeting (the March 2010 Regional Budget Meeting) and then, twice, last spring, the NCBAs presented and defended their (White Paper) budget recommendations before the City Council.  We give thanks, to Mr. Parks, then Chair of the Budget & Finance Committee, who made the City Council appearances possible.

However, the point here is that NC Stakeholders are becoming recognized as resources and authorities in many City Government issues and may be expected to take an ever-increasing, formal role in City decision-making

Our City’s financial dealings work much better in times with the General Economy is improving.  Even so, in the best of times, the City should be run more efficiently.  Unfortunately, times are tough right now.  $ 3 billion of our $ 7 billion dollar budget is Special Funds; funds which must be spent for specific purposes.  85% - 90% of the General Fund is dedicated to 32,000 employees by 1-5 year contracts.  Recent cutbacks (3,500 fewer employees, 10-15% across-the-board Departmental cuts, increased Contributions by Employees to their Pension Plans, etc.) have helped but very little discretionary savings (“wiggle room”) are left.

Mr. Parks encouraged the NCs to create budgets which reflect the goals and activities of each
NC;  one might focus creating “green spaces,” another in frequent (monthly) side-walk clean-ups, another in Senior Citizen programs, another in community-spirit events, etc.

Mr. Parks asked if the Brown Act was a help or a hindrance to NC activities.  The answer was, “BOTH.”  Those who have read and understood the Brown Act were not intimidated by it.  It does give legal teeth to maintaining “opened and transparent” processes in NC governance.  The Brown Act becomes a hindrance when is it used by Stakeholders, DONE and the City Attorney’s office to inhibit or cancel meetings and activities.

One speaker emphasized that the 1960’s-based Brown Act didn’t fit into the 21st Century Electronic Age when there is so little privacy and when communications between everyone …not just between NC Board Members… is so easy.  The City Council has “staff” to do the leg work … NCs do not.  Mechanisms like “Ad Hoc” Committees and “Task Forces” are just that …mechanisms.  Intimidation still prevails.  To remain “opened and transparent,” we may need to create some kind of universal, electronic “bulletin board” (webpage, blog, social network, etc.) where work in progress can be shared and preparations for Committee and Board Meetings will be facilitated.

Everyone knows that NCs have too many issues to process, too much to consider on each issue and too little time …they are, after all, volunteers with “real” lives outside of their NC participation.

Acceptable and legal interpretation/modification of the Brown Act provisions is the key.


Redistricting and the NCs

The “final maps” which propose 15 “new” City Council Districts have been drawn and made public by the L.A. Redistricting Commission.  Contrary to the Commission’s claims that they kept 60 of the 100+ identifiable NCs “whole,” the NCs which were “split” were split indiscriminately and for the obvious purposes to connect otherwise-unconnected areas and City “assets.”  The 2,000+ Public Comments all asked that their NCs be kept whole but all too many were split in two and even three parts.  Finally, the wishes of the three councils who wanted, for very valid reasons, to be split were ignored and several NC were pushed out of the areas where, previously, they thought they belonged.

This was the First of Four Regional Meetings

As mentioned, this was the first of FOUR REGIONAL MEETINGS.  I will presume that Mr. Parks will offer participants at the next three meetings the same opportunities as those we enjoyed, last night.  He wants to hear the similarities and differences in the issues in various parts of the City