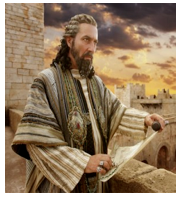 CONSIDER THIS - The single most important fact about the birth of Jesus, as recounted in the Gospels, is one that receives almost no emphasis at Christmas: the child who was born in Bethlehem represented a drastic political challenge to the imperial power of Rome.

In modern times, religion and politics are too often seen as occupying separate spheres. Yet the nativity story of the gospels paints Rome as the enemy of God and makes the political point that with the arrival of Jesus, Rome's day is over.


By contrast the nativity story has nowadays become spiritualized and sentimentalized, losing its political edge altogether. The baby Jesus has been universalized, removed from his decidedly Jewish context, and the narrative's explicit critiques of imperial dominance and wealth have been blunted.

In the Gospel of Matthew the nativity story focuses on King Herod's determination to kill the baby, whom he recognizes as a threat to his own political power. The Romans were an occupying force in Palestine, and Herod was their puppet-king.

To the people of Israel, the Roman occupation was seen as defilement. In order to pre-empt any challenge from the rumored newborn "King of the Jews," Herod murdered "all the male children who were two years old or younger." Joseph, warned in a dream, slipped out of Herod's reach with Mary and Jesus. Thus, right from his birth, the child was marked as a political fugitive.

The Gospel of Luke is even more explicitly political. The narrative begins with Caesar Augustus attempting to tighten Rome's grip on its empire, by calling for a census to pave the way for a tax on all Roman subjects.

His census decree obliges Joseph and Mary to travel to Bethlehem, but it also defines the context of their child's nativity as one of political resistance. When the angel announces to shepherds that a "savior has been born," those hearing the story would immediately understand that the blasphemous claim by Caesar Augustus to be the divine "savior of the world" was being repudiated.

Today the Roman Empire is recalled mainly as a force for good - bringing roads, laws, literature, civic magnificence and order to the world. But the nativity story reminds us that alongside their many achievements, the Romans were also oppressors, occupiers and systematic persecutors of minorities.

Two thousand years later and the world is not so terribly different from the times of ancient Rome.

Many alive today have wealth, freedom and can actively engage in the pursuit of happiness. However this prosperity is all too often paid for with the blood and suffering of the unseen, innocent victims of institutionalized oppression.

It is worth reflecting that it is their story that is really being told at Christmas.