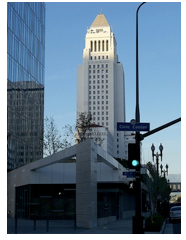 PERSPECTIVE - The HACLA scandal story is not over, but there is a very important lesson already evident – for the City Controller’s Office.


Controller Wendy Greuel prides herself on her performance audits she claims have identified $100 million in savings for the city.

Identification is not the equivalent of realization.

Given how long it takes for the City Council to sign off on audit recommendations and the length of time to launch follow-up examinations to confirm that changes have been made, no one really knows for sure if estimates have panned out as expected.  You have to take Greuel’s claims with a grain of salt.

For every hour the Controller’s Office devotes to performance audits, that’s one less available to identify the presence of fraud.

There are times when it would make sense to focus on operational efficiency, but one must weigh the estimated benefits of that strategy against rooting out fraud.  Fraud not only has financial implications, but it undermines faith in the government, which could paralyze decision-making and detract from developing sound policies.

In light of long-time allocations of irregularities at HACLA (Housing Authority City of Los Angeles), even years before the revelations of the SoCal Connected story, and in the wake of bribery scandals at Building and Safety, an attempt by the DWP in 2010 to withhold its revenue transfer to the city for $73 million based on misleading information, and gross negligence in collecting fees(which could be viewed as the equivalent of fraud), one would think – one would expect – the City Controller to change audit priorities.
●●●●●●●

Any sensible accountant or auditor would consider the culture and competence of any organization when developing internal controls and audit strategies. Greuel is neither an accountant nor an auditor…neither is she sensible. Her approach is simply to follow the check list, deviating from it only when others raise red flags.  Her approach to auditing is what painting by the numbers is to art – stay within the lines and don’t vary from the color key.

Where there is smoke, there’s fire. The controller must make the assumption that the smokey haze over the finances of the city is concealing numerous blazes.

In addition to the SoCal Connected story, Greuel had the benefit of Laura Chick’s suspicions of the agency dating back to her years as controller. Despite this intelligence bonanza, Greuel waited five months after learning of the SoCal Connected story before launching an audit. Instead she whined internally about being stonewalled by the agency and hiding behind the excuse of having no authority.

She did not pressure the mayor – who appointed the HACLA commissioners - and failed to engage the City Council.  Please listen to Warren Olney’s report - it’s a must. Laura Chick was also a guest and was not bashful about criticizing Greuel’s lethargy and the mayor’s hands-off approach.

Chick unequivocally stated she would have held a news conference on the steps of HACLA had she been rebuffed as Greuel was.

Yea, Laura! She was not afraid to ruffle feathers at City Hall and even took on the mayor for his devious attempts to force Measure B down our throats and mislead the public about using the trash fee hike hire a thousand new police officers.

Greuel would never take a case to the public even if all other measures failed.  There is not an ounce of confrontation in her.  Unfortunately, there are times when auditors must take an adversarial stance. She doesn’t have a centimeter of fortitude and even less accountability to the people of our city.  It’s all about her career and staying on the good side of her political friends.

We will elect a new City Controller in 2013. This race always takes a back seat to the Mayoral and City Attorney contests. What’s more, too many people do not understand the importance of the Controller – the independence of the office and the checks and balances associated with it.

I am glad that City Councilman Zine now has some competition. He will likely travel down the same path as Greuel – it is the only one he knows – and that would be bad news for us.

The presence of Cary Brazeman and Ron Galperin in the race will ensure a debate about the role of the office, how priorities will be set and the approach each will take when confronted with weak or unresponsive management. I will do my best to highlight the issues and pose direct questions, that is if I do not run myself, however unlikely the prospects are given other commitments.

(Paul Hatfield is a CPA and serves as Treasurer for the Neighborhood Council Valley Village.  He blogs at Village to Village, contributes to CityWatch and can be reached at:  phinnoho@aol.com ) –cw