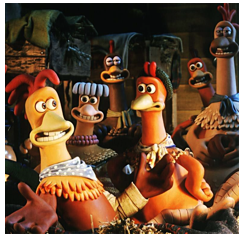 RESOLVING THE BOUNDARY BATTLE — My CityWatch column last week (“Instead of Race Cards and Power Plays, Just Expand the Board of Supes,”)  spurred a fascinating flurry of emails and phone calls. I now know more about the politics of county charter reform in Los Angeles than ever. A universal theme ran through all the comments: “The chickens have come home to roost.”


To back up for a second, the issue here is the proposed redrawing of supervisorial districts to make more likely, or some would advocate to ensure, the election of another Latino representative to the County Board of Supervisors. There is one Latina member of the Board today. It’s clearly understandable that there would be a push to increase Latino representation. We all should be represented. We all need looking after.

Without getting into the statistics about population and voters, simple facts are that Los Angeles is the largest county in the U.S., and we have only five elected officials representing some 10 million people.

Ballot measures that would have increased the Board’s composition from five to seven or more members have come before the voters several times. Each time, the measure failed.

As I was reminded by astute CityWatch readers, the measures failed because the Supes themselves by and large didn’t embrace the reforms. They undercut support for enlarging the size of the Board by overstating the cost of maintaining more districts, and making their constituents feel less secure about what might happen if more Board seats were established. And, no doubt, our Mafia don Supes didn’t want to share space in their sandbox.

The chickens have come home to roost.

Today, in the interest of creating a second Latino district, new maps have been proposed that slice and dice the Third District (Supervisor Yaroslavsky’s district, my district) into oblivion. Ours is a central city west district, including parts of the Westside and the San Fernando Valley bound by the Hollywood Hills and the Santa Monica Mountains. A link to the proposed maps is provided below.

Of course this is bald-faced gerrymandering. But while the intent is reasonable, the execution is a failure for our community of common interests. If there were seven Board districts, however, there would be more alternative options to achieve the same goals.

The chickens have come home to roost.

Supervisor Yaroslavsky is a good man and certainly one of my favorites if he runs for mayor. But this boundary battle isn’t about him; he’s soon to be termed out. It’s about us, and keeping the heart of our district intact. From Hollywood to Beverly Hills to West LA, and over the hill to Encino, Sherman Oaks and Studio City, our communities have much in common and should remain a single district.

It isn’t too late, I am told, though it would be complicated, for the Supes to engineer a seven-district solution as part of the current redistricting effort. Hopefully they are considering it.

In the meantime, we in the Third District must rally to protect our interests. There’s a critical hearing next Tuesday, September 6. Details and links to the proposed district maps are provided here. Please attend the hearing, or email your comments on the matter to commserv@bos.lacounty.gov.

The chickens have come home to roost. Or is it roast?


(Cary Brazeman, a CityWatch contributor, is a neighborhood council board member and founder of LA Neighbors United. Contact him at cary@LAneighbors.org or through www.LAneighbors.org.) -cw