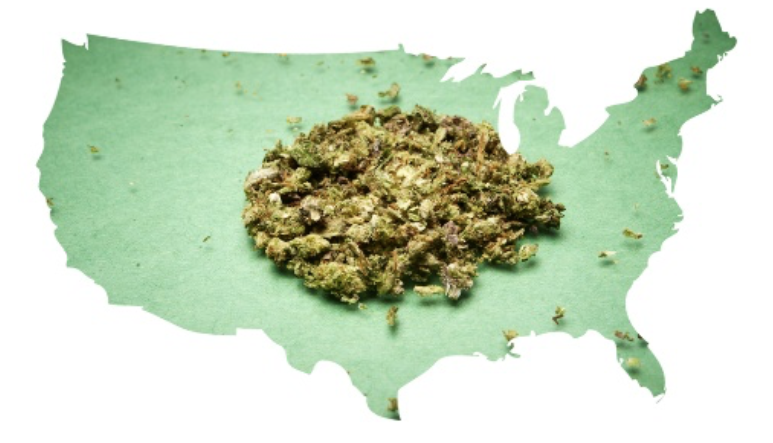 420 FILE--Judging by its first six months, 2019 has been a banner year for marijuana policy reform.

Most notably, lawmakers in Illinois legalized the commercial production and retail sale of cannabis to adults. The state is the 11th to legalize the use of marijuana by those over the age of 21, and it’s the first to pass such a measure with a statehouse vote (rather than a public initiative).

“Illinois is going to have the most equity-centric law in the nation,” Governor J.B. Pritzker announced. “For the many individuals and families whose lives have been changed — indeed hurt — because the nation’s war on drugs discriminated against people of color, this day belongs to you.”

Illinois is far from alone. Several other states have also approved measures in recent weeks to significantly reduce marijuana penalties.

In North Dakota, lawmakers reduced penalties involving the possession of both cannabis and cannabis paraphernalia from a criminal misdemeanor to an infraction. In Colorado, they reduced felony marijuana penalties to misdemeanors.

A growing number of states are also moving to vacate criminal convictions related to prior marijuana offenses. Lawmakers in Illinois, Nevada, New Mexico, Oregon, Utah, and Washington all enacted legislation this spring expediting the expungement process for those seeking to vacate their criminal records.

“This is a small step, but one that moves us in the direction of correcting injustices that disproportionately affected communities of color,” Washington Governor Jay Inslee explained. “A successful pardon of a marijuana possession conviction can assist with barriers to housing, employment, and education.”

Legislators are also taking steps to halt employment discrimination against those who consume marijuana off the job.

Officials are also expanding upon existing medical cannabis access programs, which now operate in the majority of U.S. states.

In Georgia, lawmakers passed legislation to allow for the state-sponsored production and distribution of low-THC varieties of cannabis, while Texas lawmakers moved to expand participation in a similar statewide program. Several states, such as Washington and Virginia, codified legislation permitting student patients to legally possess and consume medical cannabis products while on school grounds.

This unprecedented wave of legislative activity at the state level is yet further evidence that public consensus on cannabis legalization has undergone a seismic shift. Rather than being viewed as a political liability, lawmakers across the country are now embracing cannabis policy reform as a political opportunity — and finally taking steps to end the criminalization and stigmatization of those who use the plant responsibly.

(Paul Armentano is the Deputy Director of NORML — the National Organization for the Reform of Marijuana Laws — and co-author of the book Marijuana Is Safer: So Why Are We Driving People to Drink? Distributed by OtherWords.org.